​Italy are set to name their new coach on May the 20th, according to FIGC sub-commissioner Alessandro Costacurta.

I Azzuri have yet to appoint a new tactician after sacking Gian piero Ventura following their bitterly disappointing 2018 World Cup play-off loss against Sweden in November.

Under-21 boss Luigi Di Biagio has been put in charge on a temporary basis for this week’s friendlies against Argentina and England, a trip to Wembley on Tuesday night will hope to bring a better result for Italy after failing to a 2-0 defeat against Argentina yesterday.

“We will tell you the name of the new coach on May 20” revealed Costacurta in a press conference. (via Football Italia)

“If we have the opportunity to get someone better than Di Biagio, and I don’t think there are many, then we will.”

Amongst the front runners to be named the new Italian boss are Antonio Conte, Carlo Ancelotti, Roberto Mancini and Claudio Ranieri. Huge names for a huge task at hand, trying to restore Italy to the pinnacle of international football, which is where they belong. 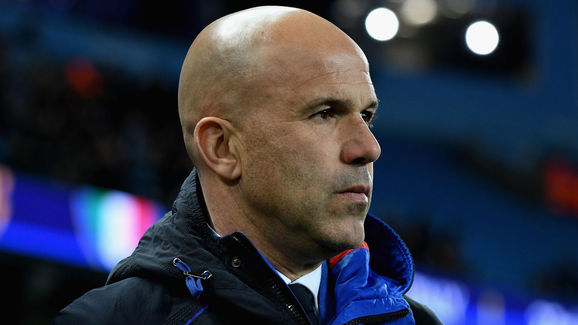 With Italy going through a turbulent period it has been suggested that appointing Luigi Di Biagio, a promising young coach who has managed the Under-20 team as well as the Under-21 team currently, is the best option for long term stability and success.

It is clearly an idea the Italian Federation are thinking about with Costacurta declaring “Di Biagio is a coach who has improved year by year climbing the ranks within the federation. It’s very likely that he will either be the new CT or enter into the staff of the new coach”