Sarri is widely expected now to take over as Chelsea manager, with Antonio Conte likely to be dismissed from the post in the coming days.

Talks are ongoing between Chelsea and Sarri’s contract holders Napoli, as the Blues attempt to agree compensation with the Italian club’s president 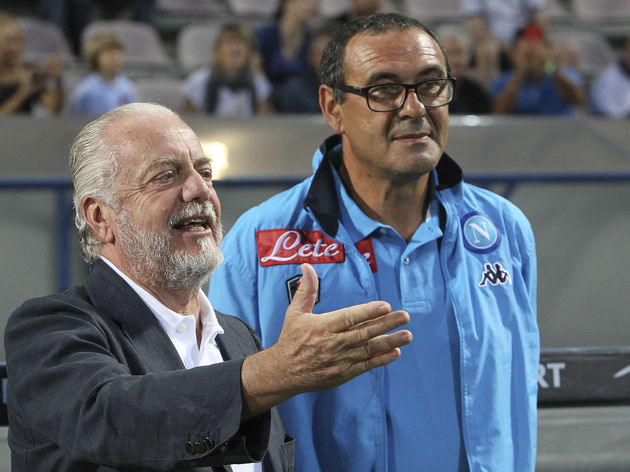 While the two clubs continue to negotiate a deal, Sarri has already outlined his transfer plans for the summer and informed the Blues hierarchy of the players he wants added to the squad.

Chelsea are likely to be on the lookout for striking reinforcements this summer, after last season’s big signing Alvaro Morata largely underwhelmed.

In order to land Icardi however, Chelsea may need to meet his £96m release clause in full. Much like Sarri, Icardi’s release clause is apparently active for just a few weeks, while only a non-Italian club can trigger it.

The poacher, who has been left out of Argentina’s World Cup squad, has also been linked with ​Real Madrid and ​Bayern Munich in the past months, ​while his wife and agent Wanda Nara has spoken of some clubs willingness to meet Inter’s price tag.

Speaking on the possibility of a big-money deal, Nara said: “There are some big clubs ready to pay the release clause, which is very high, but considering the figures that are circulating in football right now and the kind of player Mauro is, it’s not even that remarkable.

“There are many clubs putting pressure on, but his priority is Inter. There will be a meeting with their director of sport and the priority as of today is to stay here.”

In addition to Icardi, it has also been rumoured that ​Sarri could push for a reunion with his former Napoli front man Gonzalo Higuain at Stamford Bridge.