Dejan Stankovic’s son Filip, a goalkeeper of Inter’s academy, removed an Instagram post that insulted Milan after their 1-1 draw against Red Star.

The Rossoneri eliminated Dejan Stankovic’s side in the last 32 stage of the Europa League after a 3-3 on aggregate.

“My lads showed courage, belief and even for 60 minutes over two legs against Milan down to 10 men, we did well. I do not cry, because I know how we are working, I know what we did over 180 minutes and to say I am proud of these lads is an understatement,” Stankovic, an Inter legend and the coach of Red Star, told Sky Sport Italia.

His son Filip, a goalkeeper of Inter’s Primavera team, supported his father on Instagram, but, at the same time, he insuted the Rossoneri using the hashtag #MilanM…

“I am proud of you dad,” the 19-year-old wrote on social media before adding the offensive hashtag. He removed the post after a few minutes. 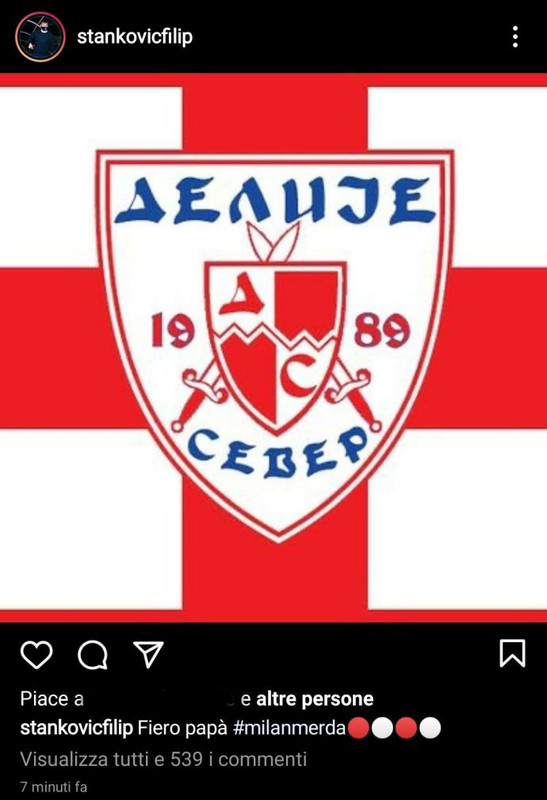