Chelsea will submit an improved offer to sign their former striker Romelu Lukaku from Inter Milan after an £85m bid was rejected.

Chelsea remain determined to sign Lukaku despite Inter having rejected a second offer for the Belgian, which would have also seen left-back Marcos Alonso move to the Serie A club, according to Sky in Italy.

The reigning European champions had already seen a first offer rebuffed by Inter and it is understood that neither proposal has so far made the Italian club change their mind about selling Lukaku.

Chelsea are determined to re-sign the 28-year-old Belgium international and an offer of between £94m (€110m) and £102m (€120m) could convince Inter chairman Steven Zhang to sell.

However, Lukaku is very happy and settled at Inter and ready to give his all next season.

After finishing in UEFA’s official team of Euro 2020, he went on holiday to the Caribbean and the USA, where he stuck rigidly to his personal training programme. 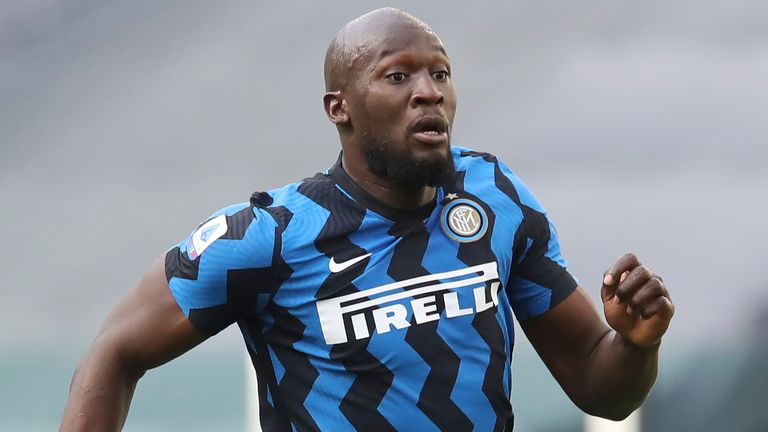 He is back training with Inter now and is fully focused on the new campaign.

“Chelsea are offering serious money but at the moment, it’s not serious enough as far as Inter Milan are concerned. The good news if you’re a Chelsea supporter is that your club are absolutely determined to re-sign Lukaku. The figure I think it would take to get him is around 120m euros.

“Bear in mind this is a player they signed 10 years ago from Anderlecht for around 10m euros. What we know already is that Chelsea have made two serious bids for the player with the second worth around 100m euros, including the left-back Marcos Alonso moving in the opposite direction.

“These offers haven’t been good enough, but I’m told that if Chelsea come back in and offer 110m-120m euros then Inter will consider it very carefully.”

Why would Lukaku leave Milan? “As far as the player is concerned, Lukaku is 100 per cent committed and focused on doing his job at Inter Milan.

“He loves playing at Inter, he is not going to kick up a fuss, and his attitude has been exemplary. Antonio Conte’s departure doesn’t concern Lukaku because he’s been rejuvenated since joining the club.

“He helped Inter win the title last season, his goalscoring record in Italy has been incredible and was the Serie A player of the year. He’s settled at Inter, but Chelsea are the European champions at the moment. If something like that was put in front of the player, it’s something he’d have to consider.

“If he was to leave Inter, I’m told it wouldn’t be motivated by money but purely for sporting reasons. He’s still ambitious and he wants to be winning the biggest prizes in the game and that includes the Champions League. At Chelsea he’d have a good chance of doing that.”

Football’s Cult Heroes is a new podcast series exploring the stories of players that carried their clubs on their backs – on and off the pitch. Follow on Spotify

Football’s Cult Heroes is a brand new podcast series exploring the stories of the players that carried their clubs on their backs – on and off the pitch.

Told by the players, fans and journalists that were there, we delve into why these players created such a strong bond with their fans and how they are still remembered years on.

Follow on Spotify so you can listen to the weekly episodes as soon as they drop.