In the latest edition of the Transfer Talk podcast, the team discuss whether Harry Kane has gone a step too far, the pressure on Jack Grealish and Romelu Lukaku’s U-turn.

In a crazy week of transfer news, with Lionel Messi leaving Barcelona, Kane failing to show up for pre-season training at Tottenham and Grealish breaking the British transfer record, what better time for the Transfer Talk podcast to return for the summer as Dharmesh Sheth, Pete Graves and special guest Julien Laurens discuss all the latest from the world of player movements.

Has Kane gone one step too far?

Kane made clear – to Tottenham and through the media – his desire to leave Tottenham at the back end of last season when it became clear there was no hope of his side returning to the Champions League, but the Spurs talisman has never before downed tools.

That all changed this week when the England captain failed to show up for training on Monday or Tuesday, leaving new manager Nuno Espirito Santo to admit he had still not spoken to his star striker. Kane himself released a statement on Friday claiming it had always been the arrangement that he would return to training at the weekend instead, but has the fans’ favourite left himself in danger of ending on a sour note whatever happens now?

“The feeling towards Kane might just be going the other way,” Sheth told the podcast. “I don’t think the majority of Tottenham fans at the back end of last season would begrudge him going to another club to play Champions League football, at his stage of his career, 28 years old, he’s got three or four years tops at the highest level.

“But now, I just wonder if some Tottenham fans will be very, very disappointed, very, very angry at how Harry Kane has behaved, and the anger before was almost all towards the Tottenham board, and towards Daniel Levy, people were saying it’s little wonder Kane wants to go because you guys haven’t done enough to build something around him.

“He signed a contract in 2018, and what he signed up to was good recruitment, challenging for the title. He signed that under Mauricio Pochettino. He’s come and gone, Jose Mourinho has come and gone, he’s played under Ryan Mason, he’s got another manager now in Nuno Espirito Santo who he hasn’t even spoken to yet.

“What he signed up to has not come to fruition and I think Tottenham fans would understand that’s a reason why Kane would want to go. But I don’t think they can understand fully the way he is going about it, because to not turn up the training is one thing they’re saying ‘look, you can kick up a fuss within the four walls of Tottenham, go to Daniel Levy, say I’m not happy, we had the so-called gentlemen’s agreement which Tottenham are disputing, but don’t do it like this’.

“The Sun reports he’s still on holiday. He’s not going to be playing in that opening game of the season as much as we’d like to see it, whether that be in a blue shirt or a white shirt. So, it is a big, big mess and this is not going to be an easy deal to do either.

“And if Manchester City, having spent £100m on Jack Grealish decide we can’t go £125m or £150m because we can’t offload some of the players to fund that deal. What is going to happen to Harry Kane? How does he reintegrate himself into the Tottenham squad? What will the fans think about him?”

It was not long ago Lukaku was publicly more than satisfied with life at Inter Milan, on the back of their first Serie A title for more than a decade and heading into the season in fine form after a strong Euros with Belgium.

But just like with Kane, things changed this week. The story turned from Inter refusing to lose their top goalscorer, and turning down two bids from Chelsea, into one of Lukaku asking them to accept the Blues’ next offer to bring him back to Stamford Bridge.

Inter have publicly made clear they do not want to sell Lukaku, so is there more to the story than meets the eye about his apparent change of heart?

“As recently as a month ago, he was talking about how happy he was,” Sheth told the podcast. “He even did a Q&A on Twitter where people were asking him what his next club would be, he was saying ‘it doesn’t impact me, I’m happy at Inter’.

“He was saying all of the right things but this is against the backdrop of real financial difficulties in Italian football, in general, and Inter Milan in particular. They’ve had to get Achraf Hakimi off the books, they’ve got money for him, and it’s thought that one of Romelu Lukaku or Lautaro Martinez would have to be sold as well – but it was thought that it wouldn’t be Lukaku.

With reports of a possible return to Chelsea, we take a look at some of Romelu Lukaku’s best Premier League goals.

“But now, when a club is starting to come in with bids in excess of £100m, I think Inter Milan have suddenly got to look at it and say, look, as much as we want to keep him, there’s a situation here where we can’t refuse. Inter Milan have got to be careful here, because they’ve made certain promises to their fans that Romelu Lukaku would not be sold.

“I think they’re trying to paint it out as the player saying If a suitable offer comes in, I would like to talk to Chelsea, I would potentially like to move to Chelsea. I think, Inter Milan are trying to get the heat off themselves so they keep the backlash from the fans, but if they do get £100m to £120m they will not be able to say no.”

There is little question the club Grealish has joined in Manchester City is poles apart from the one he has left in Aston Villa, where he was both the club captain and their chief source of creativity.

At the Etihad, the 25-year-old will have to bend to his team’s needs, rather than the other way around, and will be under scrutiny he has never faced with Champions League football to come, and an inevitable title race.

Julien Laurens told the podcast there was no guarantee as yet how Grealish would stand up to those demands, having never played European football in his career before, despite being made Britain’s first £100m player by Pep Guardiola this week. 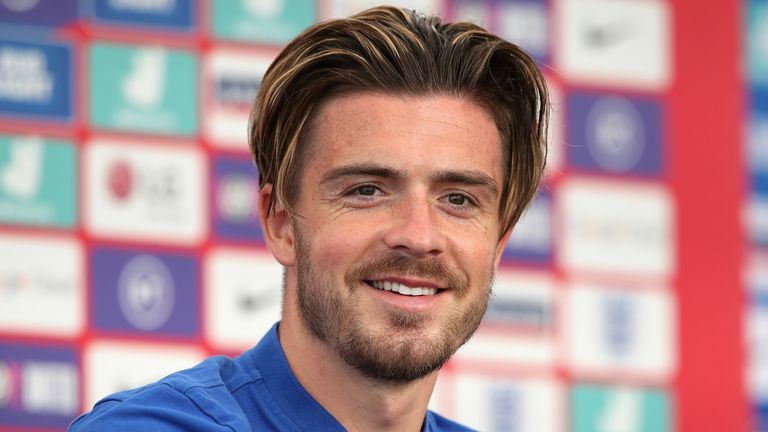 “It’s all great for Jack Grealish, with huge wages and a great contract for him,” he said. “Now is really where the hard work starts because this is a very different Jack Grealish that we have to see at City.

“At Villa, everything was built around him, everything, everything was made for him. The idea was to get the ball as quick as possible to Grealsih on the left wing. Now at City, not only will he have to share the ball, but also Guardiola’s style of play is completely different. This is a possession team, who do things a certain way; everybody has is area.

“It’s not the same freedom, or the same mentality. It’s not the same game at all to what he is used to – get the ball to Jack and he’s going to work his magic. So the most fascinating thing for me is to see how he adapts, how well he does, in this new environment where things are different to anything he has had before.

“The pressure [in the Champions League] is completely different than anything he’s had at Aston Villa. It’s a different sort of pressure because we don’t know if he can do well in a Champions League semi-final against Bayern Munich. When you play in Munich in the Allianz Arena with 60,000 fans, and you’re under pressure, if you make a little mistake that can cost you qualification for the final, we’ve never seen him in that kind of environment.

“I’m sure he’s very excited to be able to play those games and there will be many in his time at City, but this is all new to him. None of us can say, ‘oh yeah, he’s going to be great in those games’ because we’ve never seen him in them, so it’s a big challenge, really. He said it was too good to turn down to work with Pep and I completely get it.”