​​Inter could move to sign right-back Darijo Srna on a free transfer this summer, after he brought an end to his 15 year stay with Ukrainian champions Shakhtar Donetsk.

According to Gianluca Di Marzio, Srna recently visited Italy and appeared to be on the verge of completing a move to Cagliari. However, the defender is now said to be considering his options and could relish the opportunity to play Champions League football next season with Inter. 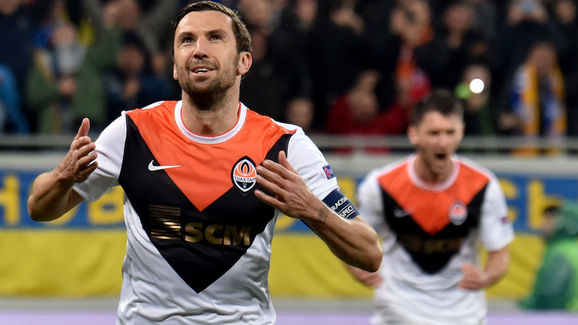 He is currently serving a one-year doping ban for a failed drugs test last year, but will be free to compete once again on August 22. The 36-year-old is alleged to have taken the banned substance dehydroepianrosterone, a drug which is deemed to be performing enhancing.

Inter are currently on the hunt for a new right back, with the club having been priced out of a permanent deal for last season’s loan signing Joao Cancelo. They require additional defensive cover urgently, with manager Luciano Spalletti having relied on a number of loan signings last season to get through the Serie A campaign.

Srna would provide a wealth of experience for the Nerazzurri, though the reports goes on to say that the club still have some lingering doubts over the player’s fitness. Srna made over 500 appearances for Shakhtar after joining the club from Hadjuk Split in 2003 going on to become the club’s captain. He is also Croatia’s highest-capped player of all time, having made 134 appearances for the national side between 2002 and 2016.