Inter manager Luciano Spalletti is confident that he will keep hold of ​Croatia star Ivan Perisic, despite Manchester United’s continued interest in the player.

Perisic starred for the World Cup finalists in Russia and scored in both the semi-final and final, though was unable to help his side to glory as they were beaten 4-2 by France in the Moscow showcase last weekend. The 29-year-old has been linked with a move to Old Trafford for the second season running after coming close to the move last summer, and Jose Mourinho ​admitted recently that he has tried to sign him and “didn’t know why” he failed to join when he wanted him.

Spalletti has though admitted that both Perisic and Mauro Icardi are very important players to the Nerazzurri and that Perisic has not suggested to him that he could look to leave the club this summer.

He said, speaking to ​Rai Sport: “Icardi and Perisic are the pillars of our side? Yes, I think so. 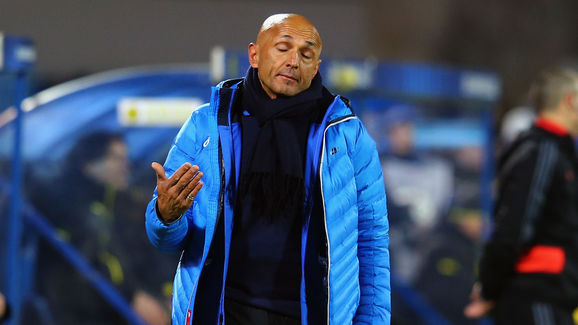 “They are two exceptional professionals, two firm points of reference of the team, which have determined the growth of the Inter. The team has become more tough thanks to them.

“There have been moments that have consolidated the friendship between the players. From the point of view of quality and friendship, I have a nice group at my disposal.

“In the last few days I talked to Perisic who finished the celebrations, he told me he is mentally tired and in terms of energy. He must recover but he has not told me anything that concerns his desire to stay here in Milan.”