Inter have allegedly made Barcelona’s Arturo Vidal their top target for the upcoming winter transfer window after pleas from coach Antonio Conte to sign the Chilean.

The South American has struggled to secure a regular place in Ernesto Valderde’s lineups at Camp Nou, starting only two La Liga matches this term. However, the Nerazzurri boss views Vidal as the perfect man to complete his midfield unit at San Siro, believing his experience and domineering style of play can help the club continue to reestablish themselves on the European stage. 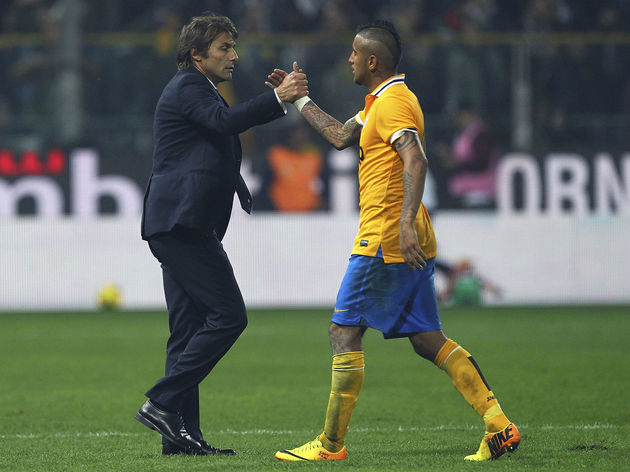 Ten rounds into the 2019/20 campaign, Conte’s men are one point behind first place​ Juventus in ​Serie A, while they’re also second in their ​Champions League group.

Gazzetta dello Sport claim ​Inter are confident they can land Vidal in January after his lack of game-time under Valverde, who has favoured Arthur Melo, Sergio Busquets and Frenkie de Jong in the middle of the park in recent months.

There appears to be a strong likelihood the Nerazzurri will get their man, given his familiarity with Conte. The pair worked together for three seasons at Juve, both joining La Vecchia Signora in the summer of 2011.

Vidal was full of praise for the Italian when discussing their relationship in a recent interview, saying (as quoted by ​Marca): “ Additionally, Vidal has proved his talents at the highest level of the sport. He was a star performer at two global powerhouses in I Bianconeri and ​Bayern Munich – there’s a strong chance the South American thinks a spot amongst the substitutes is beneath him.

Barcelona may be an iconic football club, but the 32-year-old will surely be wanting more minutes on the pitch as he nears the end of his career, and that’s certainly something Conte can offer him.