​Inter boss Antonio Conte furiously took aim at the club’s hierarchy after his side let a two-goal lead slip against Borussia Dortmund on Tuesday evening.

The Nerazzurri were leading 2-0 at half-time in a crucial Champions League clash with Dortmund, but conspired to allow victory to turn into defeat, conceding three second half goals to the hosts.

After the match, Conte took the opportunity to criticise those above him in Milan, repeating that his squad hasn’t got enough depth to challenge in two major competitions. 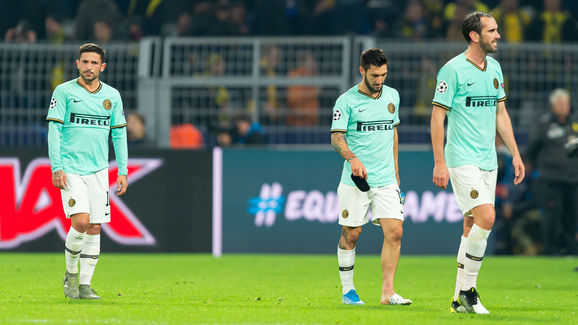 As reported by the Guardian, the Italian claimed: “Some important mistakes have been made at the planning stage, we can’t play both the ​Champions League and ​Serie A with such a small squad.”

The former Chelsea manager was clearly sick and tired of repeating himself and called up on the club’s directors to face the media: “I’m tired of saying the same things over and over again, perhaps they could come here over and say something. I hope that this will help them understand a few things. “They tell me that I should smile more on television. But, I always end up saying the same things, about the growth process, about taking it step by step.”

This is not the first time that Conte has made such statements, yet again making complaints about Inter’s congested fixture list and the infancy of the squad’s development.

The Inter manager appreciated the efforts of his players, but maintains that his squad lacks both depth, and experience to compete at the highest level.

“The lads are giving everything and going at full pelt,” he said. “We are talking about players who, apart from Diego Godin, have never won anything. Who do we turn to? Nicolo Barella who has come from Cagliari? Or [Stefano] Sensi who came from Sassuolo?” When the Italian was in charge at ​Juventus, he made similar complaints about the lack of investment he received when explaining his side’s failures in Europe. However, the 50-year-old has little grounds on which to moan as his team received a ​Romelu Lukaku