​Inter host Hellas Verona on Saturday, hoping to return to winning ways after letting a two-goal lead slip in midweek against Borussia Dortmund in the Champions League.

I Nerazzurri are currently one point behind their title rivals Juventus, having both played 11 games. Last time out in the league, Antonio Conte’s men overcame Bologna 2-1 away from home, but stuttered to defeat against Dortmund.

The Italian side went into the break with a two-goal lead, before Dortmund came back to take all three points in a clinical second half display. As a result, the team will be looking to put things right in the upcoming Serie A clash. 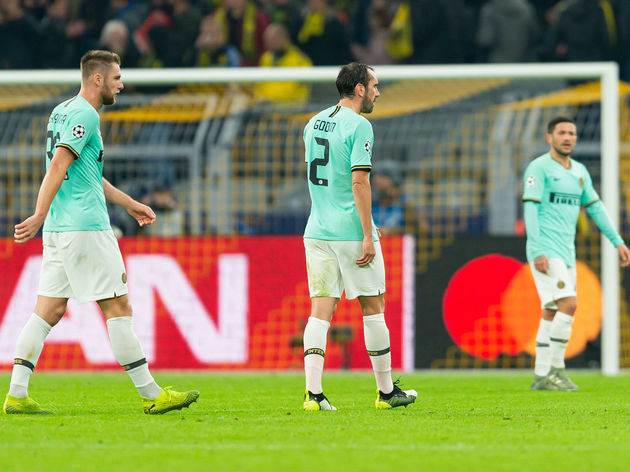 Hellas Verona, meanwhile, are ninth in the table having picked up 15 points from their opening 11 matches. However, the club have dominated the headlines in more recent times for all the wrong reasons, after Brescia’s Mario Balotelli was racially abused by Verona fans in their last match.

Following these disgraceful events, one can only hope that Saturday’s match will be spoken about afterwards for all the right reasons.

Matteo Politano faces one month out after suffering a sprained ankle in the defeat to Dortmund, while ​Inter will once again be without Alexis Sanchez due to an ankle problem. 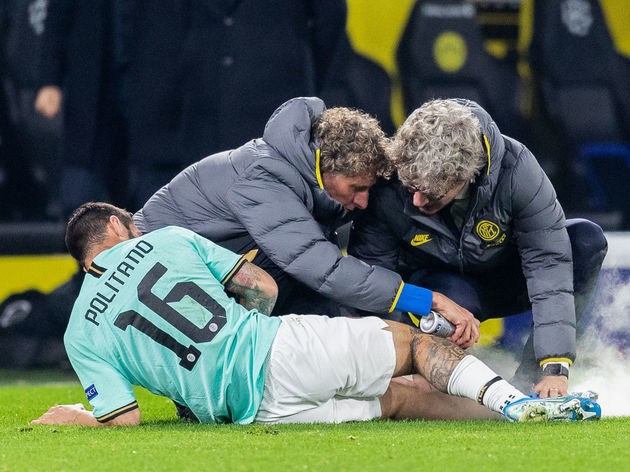 As for Hellas Verona, they have a number of key players out injured.

The two teams have only come up against each other on nine occasions, with Inter boasting the better record. The Nerazzurri have won seven of these encounters, while Hellas are yet to beat their opponents – only holding them to draws twice. The last time the two teams met, Inter ran out comfortable winners back in March 2018. A brace from Mauro Icardi and a third from Ivan Perisic were enough to see the Italian giants sweep aside their counterparts.

Conte was furious ​after his Inter side let a two-goal lead slip against Borussia Dortmund – a defeat that could prove costly in their attempts to qualify for the knockout stages of the competition.

Nonetheless, the Italian side’s form in the league has been impressive, having suffered just the solitary defeat to this point at the hands of Juventus. Last time out, ​Romelu Lukaku scored a last-minute penalty as the Nerazzurri overcame Bologna 2-1. Before that, the Belgian and his strike partner Lautaro Martinez were on target to claim all three points against Brescia. Hellas Verona, meanwhile, are having a very successful season in the top flight, currently sat in ninth place in the table. The club also has the joint-best defensive record in the league, matching leaders Juventus.

While they have been doing well this season, this has been overshadowed by disgraceful racist abuse, ​most recently aimed at Brescia’s Mario Balotelli. This isn’t the first time that Verona have been involved in racially-charged controversies, following an incident involving Milan

Hellas have the joint-best defensive record in Serie A, indicating that this will not be an easy test for Conte and his men. 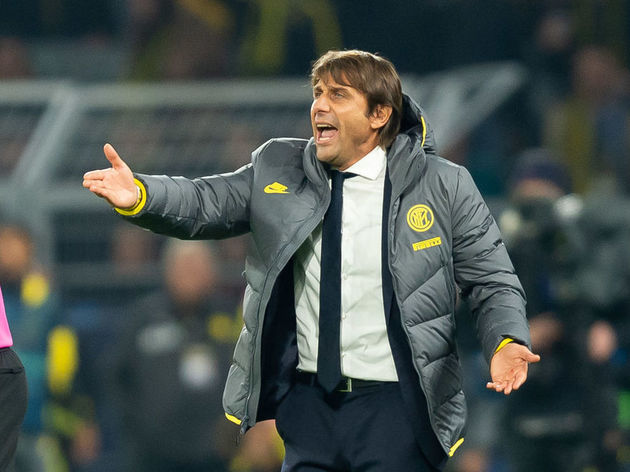 However, Inter will be keen to put things right after their disappointing result against Dortmund and they should prove too strong for their next opponents.