Inter earned another hard-fought three points in Serie A, battling to a 2-1 victory over Hellas Verona thanks to a late strike from Nicolo Barella, which temporarily returned the hosts to the summit of the Italian top flight.

The visitors took the lead on the 20-minute mark, Valerio Verre converting a penalty after Inter’s Samir Handanovic was penalised for a late lunge in the box. Inter thought they’d equalised soon after, when goalkeeper Marco Silvestri appeared to carry the ball over his own line, but the referee confirmed that the shot-stopper had done enough to prevent the goal. 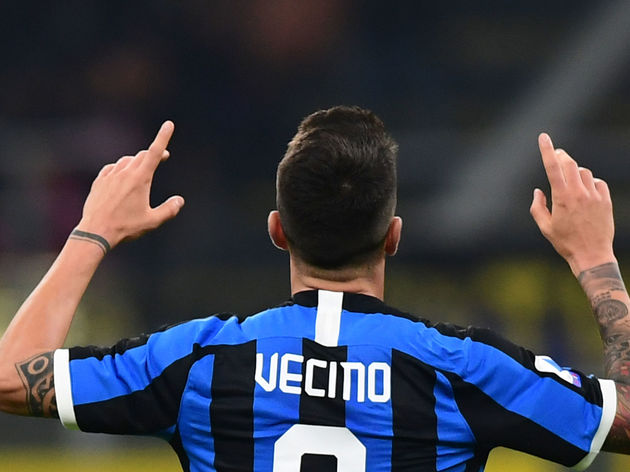 Matias Vecino equalised for the hosts 20 minutes into the second half with a towering header, breathing life into a struggling Inter side. Antonio Conte’s men continued to push for a winner, and Romelu Lukaku wasted a glorious chance with ten minutes left on the clock, latching on to a shocking back-pass but only managing to head the ball directly at a stranded Silvestri.

With the game heading towards a dismal draw, Barella curled a stunning strike into the top corner from 20 yards to send the home crowd into absolute delirium, earning a valuable three points for the hosts in their quest for title success.

What an absolute beauty! The seconds were ticking by for ​Inter, who seemed destined to drop two crucial points in their Serie A title chase.

The tenacious midfielder is known for his biting tackles and rough-and-tumble style of play, but the Italian was about to pull something spectacular out of the fire.

Picking the ball up on the left-hand side, Barella drove at the Verona full-back, dropped his shoulder and stepped inside before unleashing a vicious, curling effort from his right foot. The ball evaded the futile dive of Silvestri and crashed into the top corner to cause pandemonium in the stands. The 22-year-old responded by ripping off his shirt and running around the San Siro pitch like a maniac.

His best moment yet in an Inter shirt. Nothing was going right for I Nerazzurri during a frustrating first 60 minutes, but Martinez did not let this adversity affect his tireless game. It was a limp display from the Serie A hopefuls, but with players like Martinez in their ranks, they will always have the heart and skill to get over the line in difficult matches.

Conte’s men follow up their lumbering display against Verona with a difficult trip to Turin as I Nerazzurri take on Torino after the international break.

Verona will be inspired by their spirited and organised display against Inter, and they’ll be hoping to pick up some points when they entertain Fiorentina in two weeks time.