​Have we all got our breath back?

Good. In case you have been living under a sizeable rock for a wee while, there was the small matter of the Copa Libertadores final on Saturday evening.

With reigning champions River Plate seemingly in control against Flamengo going into the final minute of the match, the Argentinian side were inexplicably caught outnumbered on the counter attack, and Gabriel Barbosa tapped home to take the game to extra time. Only, we didn’t make it that far.

A long ball was pumped towards a tiring and shellshocked River defence, and with the centre-backs falling over themselves, Flamengo had the chance to claim a stunning last-gasp victory. To paraphrase the immortal words of

One ofgreatestover a two-legged final. The Brazilian star went on to be a World Cup winner with his national side, and also won two Champions League trophies during his spell in ​Milan. Dida was instrumental in I Rossoneri’s European success in the 2003 final, keeping a clean sheet and saving three penalties in a tense shootout victory over Juventus. ​Liverpool

Another member of the 2002 World Cup winning side (and not the last, either) has also made the list. World Cafú then went on to join Milan following a successful spell at Roma, where he featured alongside the aforementioned Dida in I Rossoneri’s 2007 Champions League victory over the Reds. The dynamic full-back had breathtaking ability, and is a worthy name on this celebration of superstars. Finally, a Premier League legend makes his mark on the Copa Libertadores. Carlos Tevez helped Boca Juniors to continental success in 2003, as they comfortably dispatched Santos by five goals to one over two legs. Tevez finally wound up in England, and the bullish striker was part of the ​Manchester United side which defeated Chelsea

Another Boca Juniors hero stands alongside Tevez now. Walter Samuel was part of the Boca team which dominated South America in 2000, as they beat 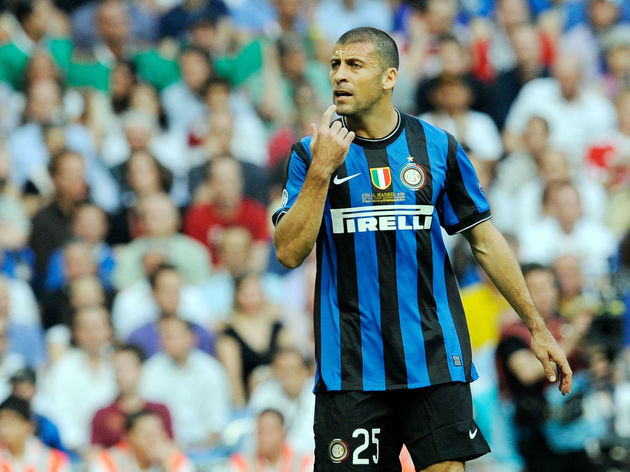 Over in Europe, ‘The Wall’ was one of José Mourinho’s heroes, as the Portuguese boss led ​Inter to a dramatic Champions League success in the 2009/10 season, cruising past Bayern Munich 2-0 in the final to cap a historic treble-winning campaign.

The first player on this list to win the Champions League before going on to win the Copa Libertadores is the one and only Ronaldinho. The buck-toothed genius won the European edition in 2006 with Barcelona, beating ​Arsenal in the final. Ronaldinho then returned to Brazil where he signed for Paraguayan

​ex-Barcelonafinally won the Copa Libertadores in 2011, before making the big-money move to Catalunya a couple of years later. Neymar was part of the fearsome ‘MSN’ strike force, where he teamed up with ​Lionel Messi and ​Luis S​u​arez to conquer Europe in 2015, defeating Italian side Juventus in the final.

​Ex-Manchester City full-back ​Danilo is another player to have conquered South America and Europe – although he couldn’t push the Citizens to Champions League success. The Brazilian star won the Copa Libertadores with Santos in 2011, scoring the decisive goal in the final. After a successful spell at Porto, Danilo joined ​Real Madrid, and los Merengues strode to back-to-back Champions League trophies from 2015-17. He is now at Juventus, and will be keen to add a third European prize to his name. ​

And finally, last but not least, the man of the hour – Rafinha!

The full-back was part of ​Bayern’s dominant team which clinched the elusive Champions League in 2013, Arjen Robben snatching a late winner over Bundesliga rivals ​Borussia Dortmund. Rafinha joined Flamengo earlier this year, and his side once again won a final at the death, Gabigol’s goals grasping the unlikeliest of victories from the clutches of defeat.