– Unai Emery got the SACK.

– Tottenham got the ​JOSE.

We rank the best team in Europe using quotes from Father Ted. The best feckin’ Irish sitcom in the history of Ireland. ​Stick your Young Offenders up your arse. It was a week of creating history for Celtic, as they not only posted the ​greatest football Christmas advertisement of all time, but they also topped a European competition group for the first time following an emphatic win over Rennes.

And no, there’s nothing stupid about the Europa League! So after sacking Poch, they’ve appointed a manager that has the complete opposite mentality. A manager hellbent on winning absolutely every single trophy in the world. Cagliari are unbeaten in their last 10 Serie A games!!!!!! “It was awful alright. A lot of very sloppy babies, who looked as though they really couldn’t be bothered. And the hairiness of some of those babies; It was a very hairy baby parade.”

“Exactly Ted, if people aren’t even going to shave their babies before they come out, I mean…”

But ​Chelsea weren’t exactly good at the Mestalla during the week, and if Maxi Gomez was an any way a competent footballer, they would’ve suffered a pretty disastrous Champions League defeat. “How much money did this parish bring in last year?”

Ajax sold every single one of their players during the summer and replaced them with Quincy Promes.

And judging by his 14 goals and three assists in 19 games, that was a pretty good call. “They lie in wait like wolves. The smell of blood in their nostrils. Waiting. Interminably waiting. And then…”

Karim Benzema lay in wait like a wolf. Waiting for Cristiano Ronaldo to leave. Interminably waiting. And then… “I’m no good at judging the size of crowds Ted, but I’d say there’s about seventeen million of them out there.”

I’m no good at judging the size of crowds, but I’d say they were about -10,000 people at the Lazio game on Thursday night.

Which is a shame, because won – again. They usually do. “Would you like your pizza cut into six or eight slices Dougal?”

“Oh just six, I don’t think I could eat eight.”

​Bayern Munich have been on a bit of a tear since they sacked Niko Kovac. “Father Hackett’s got very fond of that brick. It’s a great old pet for him! He doesn’t have to feed it or clean it or take it to the vet. Suits him down to the ground!”

​Inter have got very fond of Romelu Lukaku. He’s a great striker for them! They don’t have to create too many chances for him, nor deal with Mauro Icardi-level off-field antics. Suits Inter down to the ground! “My Lovely Horse, running through the field. Where are you going with your fetlocks blowing, in the wind? “Tell you what, how about everybody goes back to my place for a drink?”

To being better than Manchester City! 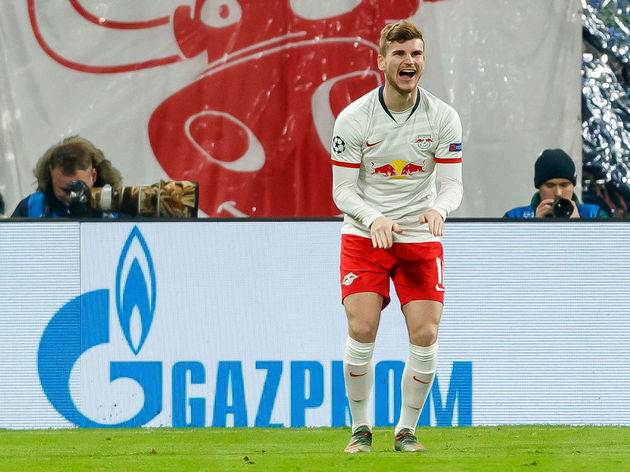 “You gotta get your own inch, you gotta grab ’em! You know where to grab ’em?”

“I was gonna say by the shoulders…”

RB Leipzig are grabbing the Champions League and the Bundesliga by the balls this season.

This past week alone, they closed the gap to Borussia Monchengladbach atop of the Bundesliga table to a single point AND made it through to the Champions League round of 16 for the first time ever. “More bad news, Dougal. I’ve just been speaking to Father Ned Fitzmorris. He tripped on a paving stone and one of his kneecaps fell off. There’s no way around it…I’m going to have to put him in goal.”

Fabinho is out injured for the rest of the decade.

Liverpool have a million games over the course of the next two months. “That’s nearly as mad as that thing you told me about the loaves and fishes!”

“No Dougal, that wasn’t mad. That’s when our Lord got a few bits of food together and made lots of food, and everyone had dinner.”

Maurizio Sarri has accumulated more points in his first 18 Serie A and UEFA Champions League games than any other ​Juventus manager ever.

That’s mad. That’s nearly as mad as that story about the loaves and fishes.