​Inter are contemplating a summer move for Real Madrid midfielder James Rodríguez, but they want to focus their efforts on other signings in January.

Rodríguez has made just nine appearances in all competitions this season, having started just four league games as he has battled injuries and poor form. According to ​La Repubblica, ​Rodríguez wants to leave ​Real after growing frustrated with his lack of first-team football, and ​Inter are considering taking advantage of the situation with a bid for the Colombian midfielder in the summer.

The report suggests that Rodríguez was a serious target for ​Arsenal last summer, only for the move to break down for a number of reasons. Firstly, Real want €50m to part ways with Rodríguez, while the player himself is said to have snubbed the move in favour of a switch to Inter or Paris Saint-Germain.

A January move is unlikely as Real do not want to weaken their squad midway through the season, but a bid at the end of the season is certainly a possibility. Inter are said to be happy to wait until the summer, because they have other plans for the winter window.

Their primary goal is to find a buyer for Brazilian forward Gabriel Barbosa, who is expected to attract real interest from across Europe after his outstanding season on loan with Flamengo. ​Premier League

Alongside selling Gabigol, Inter also want to strike a deal for River Plate centre-back Lucas Martínez Quarta. The 23-year-old has attracted interest from Benfica and Celta Vigo, but I Nerazzurri are confident that they are leading the race for his signature. 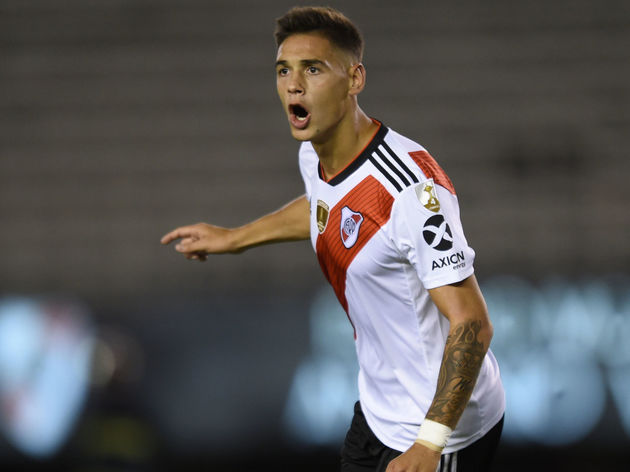 Once those deals are out of the way, Inter could switch their focus to Rodríguez, whose days at Real certainly seem numbered after failing to win over Zinedine Zidane.

Inter’s squad already boasts plenty of central midfielders, but manager Antonio Conte is eager to add some more quality to try and finally end ​Juventus’ reign of dominance in Italy.