A first-half Lautaro Martinez double was enough to see Inter climb to the top of Serie A, as they overcame SPAL 2-1 in a mightily tense encounter at San Siro.

The visitors’ intentions were laid-out almost immediately, quickly sitting in a deep block in an attempt to frustrate I Nerazzurri and hit them effectively in transition. However, their resistance lasted just 16 minutes as the home side took the lead through the red-hot Martinez – the strike coming after some great hustle in midfield by Marcelo Brozovic. But then, after failing to register a single shot on target in the opening period, SPAL sprung into life shortly after the restart as Mattia Valoti brought the visitors back into the game after a mazy run and tidy finish.

Martinez and Matias Vecino spurned golden opportunities to settle the home fans’ nerves, with the visitors starting to open up at the back as they went in search of an equaliser. An equaliser they should’ve had through Nenad Tomovic, but the centre-back fluffed his lines at the pivotal moment after being fed expertly by the head of Andrea Petagna.

That proved to be SPAL’s best chance of bagging the leveller, as Antonio Conte’s men held on for a slender 2-1 win, sending them top of Serie A.

Here’s 90min’s breakdown of this one.

It wasn’t as convincing as Conte would’ve liked, but his side got the job done.

After cruising to a 2-0 lead at half-time, not many would’ve foreshadowed Diego Godin being brought on in an attempt to secure Inter’s lead. 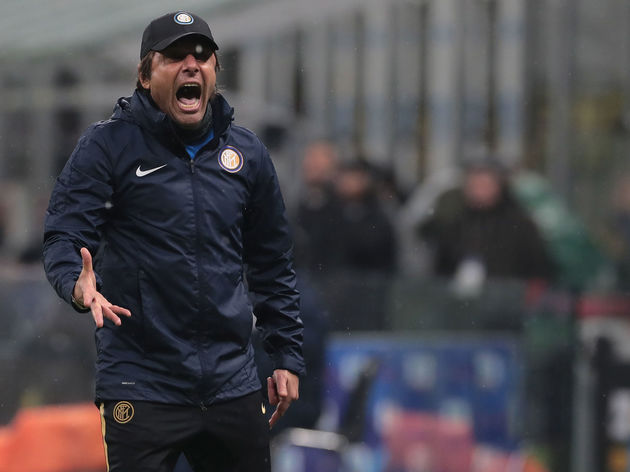 Nevertheless, Conte’s side showed their resilience and character to shutout a resurgent SPAL side for the remainder of the match, holding on for the win – a victory that sent the home dugout and the fans into delirium, knowing that their side is now at the summit of Serie A.

Some title race this is going to be.

Robert Lewandowski and Karim Benzema have been phenomenal this season, but is there a more in-form striker in Europe at the moment than Lautaro Martinez? The man is on fire and he continued his hot streak at San Siro this afternoon.

Might be going under the radar a little just how good Lautaro Martinez is and could be. On fire again today.

Lautaro Martinez is the best player in the world

The Argentine bagged a brace in the first half with two fantastic finishes. The first being an inch-perfect drive into the bottom corner from just outside the area before latching onto a fantastic Candreva cross, heading home emphatically for his second.

While he missed a pair of fantastic chances in the second period, it was still a fine all-round display from Martinez, with his double proving to be the difference.

As for SPAL, their attention turns to the Coppa Italia as they take on Lecce in the fourth round on Wednesday evening. They’re then back in Serie A action next Sunday, hosting fellow strugglers Brescia.