Football is a funny sport. Teams can be great one week and rubbish the next, and there were sides all over Europe living up to that.

However, there were still some elite performances from around the continent which were just crying out to be ranked using quotes from Fargo. Don’t worry, we’re here to help.

So, are you excited?

Just one word: yes or no. It was a quiet week for Benzema, who failed to get himself on the score sheet for ​Real Madrid. He’ll probably do it next week, but the dragon was missing this time around. 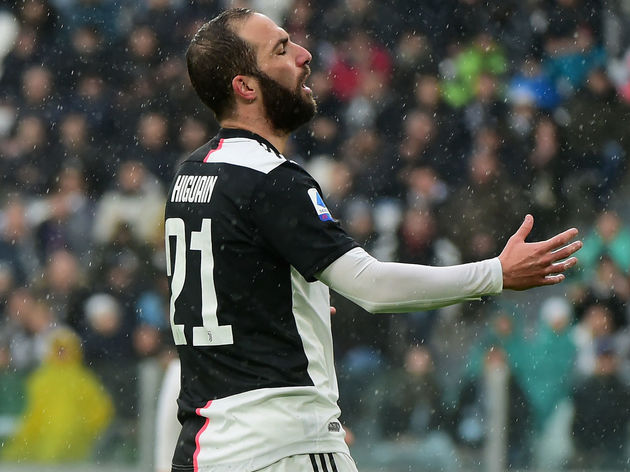 “The shallow end of the pool is where the turds float.”

A tough day for everyone at ​Juventus when they were held by Sassuolo. Higuaín was one of many to disappoint, and his performance belonged down in the shallow end of the pool. “Very good. You just added a zero to your salary.”

Vinícius (no, not that one) is tearing it up in Liga NOS. The 24-year-old fired two goals and two assists in Benfica’s 4-0 win over Marítimo, taking his tally for the season to 11 goals in 16 games.

That’s the kind of form which will earn him a tidy payday in the future. 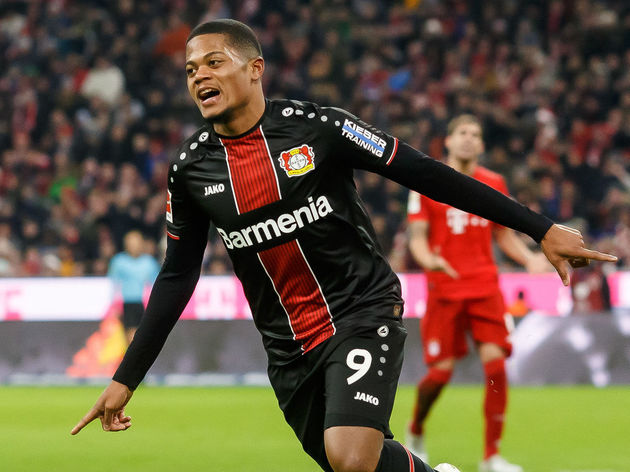 Goals haven’t been pouring in for Bailey this season, but he chose a good time to get started. The winger struck twice against ​Bayern Munich to leave the champions stunned.

Now, if he wants to stop getting injured and/or suspended, maybe things can really get going this year. Poor Aubameyang. He’s really putting in a shift this season, but it’s like nobody wants to help him.

Yet again, his goals saved the day for ​Arsenal, but it can’t be fun constantly watching your teammates let you down. Martínez is flat-out feasting for ​Inter this year, and his two goals against SPAL to send Inter top of ​Serie A are all the proof you need. ​“Saint Lawrence. Patron saint of hard asses. Burned alive by the Romans. You know what he said? ‘Turn me over. I’m done on this side.’ That’s a goddamn saint.”

Van Dijk has been dominating attackers for years, but now he’s started dominating defenders too. Two goals for ​Liverpool made him their saviour against Brighton. “This is a community. People watch each other’s backs. Someone gets sick, someone dies, you bring a casserole, help.”

​Son isn’t here for personal glory. He just wants to win matches and have a good time doing so.

The winger bagged two assists in ​Tottenham’s 3-2 win over Bournemouth, taking his tally to four in three games for José Mourinho. How helpful. “The world is wrong. It looks like the world, but everything’s different.”

Two goals against Bournemouth suggests he’s back to his best. Crazy what happens when he’s played in his favourite role. When this season started, Lewandowski had dreams of netting in every game of the campaign. He’s now goalless in his last two matches.

It was a shock to see him draw one blank, so two in a row is about as much of a reality check as you can imagine. “See? Simple things. Cause and effect, crime and punishment. Mash a potato, you know what you get? Mashed potatoes.”

Another goal, another assist. That’s just what we’ve come to expect from Werner, who knows how to get the job done in front of goal. “Kill the king, be the king. That’s the world. If you’re feeling sour about it, write a letter to Napoleon.”

The king of world football, ​Messi showed just how brilliant he is yet again as he fired ​Barcelona to a 1-0 win over Atlético Madrid.

It’s almost like he’s trying to win some funky individual prize. A ballon made of or, perhaps. Vardy continues to be the most normal footballer around, despite smashing goals at an elite level.

That’s six consecutive games with at least one goal for Vardy, who has netted eight times across that period. “There was a fella once. Running for a train. And he’s carrying a pair of gloves, this man. He drops a glove on the platform, but he doesn’t notice. And then later on, inside the train, he’s sitting by the window and he realises that he’s just got this one glove left. But the train’s already started pulling out of the station. So what does he do? He opens the window, and he drops the other glove onto the platform. That way, whoever finds the first glove, can just have the pair.”

You get the feeling that Ziyech would give you the shirt off his back just because you asked for it. The Ajax man is only here to help, and that’s what he has been doing for weeks.

Two more assists at the weekend takes his tally for the season to 20 already. 11 of those came in November alone, as he created at least one goal in all six of his games that month. Crazy. “Remember. Richest guy in the room is always the boss.”

Immobile is sitting pretty on the throne of world football. His run now sits at nine Serie A games in a row with at least a goal, having netted 13 across that period.

As far as strikers go, there is nobody doing the business quite like Immobile right now.