​Bayern Munich earned more than any other club in the 2019/20 Champions League group stages, while Manchester City were the top earners among Premier League sides.

Bayern finished top of Group B, having won all six of their matches. In this time, they scored 24 times, while they only conceded five goals.

As for City, they also topped their group, coming away undefeated. However, they drew twice, earning them 14 points, seven more than second-placed Atalanta. 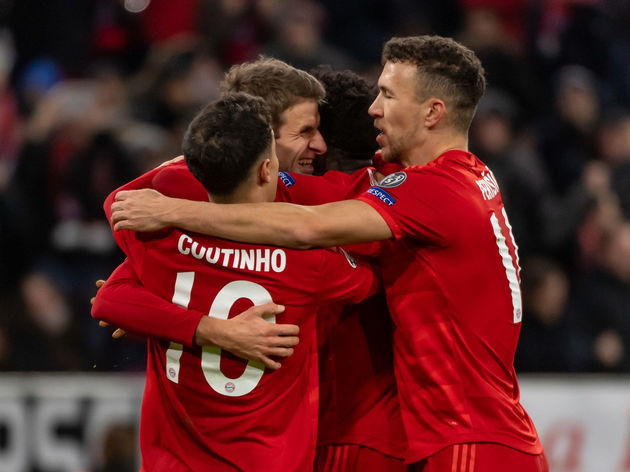 As a result of their fine performances in the Champions League this season, football business blog ​SwissRamble have now revealed that the German side are the highest earners from the group stages this season.

The numbers were produced by ​Die Roten​Barcelona

​Juventus came in third, closely followed by ​Manchester City, who picked up £66m. This is £1m more than what last season’s winners Liverpool earned, with the Reds managing to pocket the fifth largest sum. Chelsea also join City and ​Liverpool in the top ten highest earns in the competition so far.

​Tottenham Hotspur, however, came away with just £49m, which was less than what ​Borussia Dortmund, Napoli and Atletico Madrid all managed. Despite this, with all four English sides booking their places in the last 16 of the competition, they brought in a collective £241m.

Inter, who crashed out of the competition in dramatic fashion, have banked just £35m, while the bottom earners Slavia Prague took home £15m.

The draw for the knockout stages ​has taken place, with Liverpool facing a tricky clash against Atletico. Pep Guardiola’s City will take on Spanish giants Real Madrid, while Chelsea also face a tough opponent in Bayern. Spurs will take on Bundesliga high-flyers RB Leipzig.