​Manchester United are said to have joined Inter the race for wantaway Barcelona midfielder Arturo Vidal.

The Serie A side are incredibly keen on recruiting the Chilean in January, with manager Antonio Conte eager to link up with Vidal once more. It was initially thought that ​Inter were almost certain to win the race for his signature, but Chilean outlet ​DirecTV Chile claim that ​United have now expressed an interest themselves, and they have even lodged a higher bid than Inter.

Any deal for ​Vidal is expected to cost around €20m, and DirecTV Chile suggest that United have actually come closer to that figure than Inter, which could force the ​Serie A side to increase their offer.

While United are certainly on the lookout for new midfielders to help cope with the injuries to ​Paul Pogba and Scott McTominay, it would come as somewhat of a surprise to see them turn to the 32-year-old Vidal. United have moved away from signing older players, with their preference to recruit young stars pointing them towards the likes of ​Leicester City’s James Maddison or ​Aston Villa’s Jack Grealish instead.

Furthermore, a move for Vidal would almost certainly halt United’s pursuit of ​Tottenham Hotspur midfielder ​Christian Eriksen – something which seems incredibly unlikely at this stage anyway.

The Red Devils were recently ​handed a boost in their attempts to sign Eriksen as Inter are thought to be prepared to focus their efforts on Vidal, so signing the Chilean themselves could almost force Inter to move for Eriksen instead. 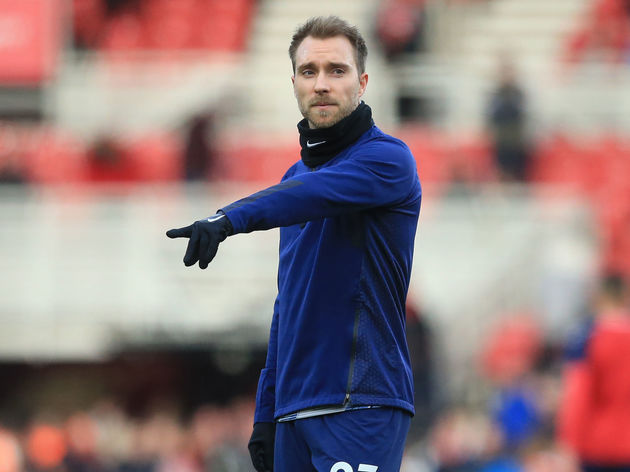 However, Vidal would bring some much-needed defensive stability to Ole Gunnar Solskjaer’s side, so it is not hard to imagine why United might actually be interested in this deal.

What seems certain is that Vidal would be open to leaving ​Barcelona before the January transfer window slams shut. He is far from a guaranteed starter and recently ​opened the door to a move away, but he did insist that he would be happy staying at Camp Nou.