Young will celebrate his 35th birthday shortly after the end of the season and doesn’t have a future at United, but to lose him now would to lose a necessary versatile player and one of few senior voices to further deplete an already threadbare squad. 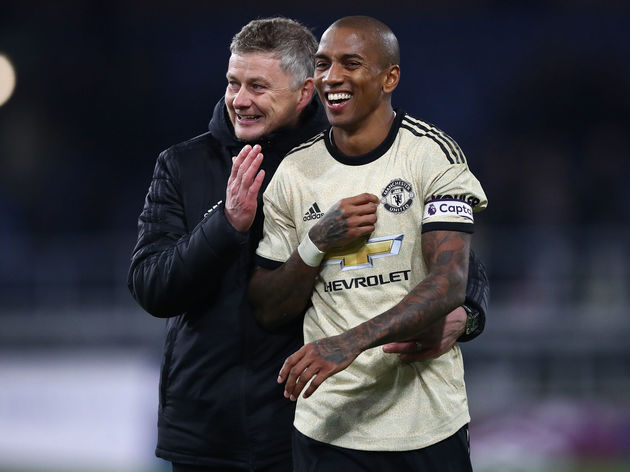 Talks over joining Inter this month are believed to have already started, with Italian reporter Gianluca Di Marzio claiming that Young has already accepted Inter’s offer. He writes that it is now up to United to decide whether they accept it too.

With his contract expiring in June, Young is expected to leave Old Trafford at the end of the season come what may. If he leaves then, it will be as a free agent and United will get no transfer fee.

Young is already permitted to negotiate a pre-contract agreement that would see him join Inter for free on 1 July. But the Nerazzurri want him immediately on an 18-month contract.

But as far as United should be concerned, the relatively nominal fee they could command by selling the veteran before the end of the January transfer window isn’t worth it when considering what it would mean for the squad in what still remains of the season.

Agreeing to sell Young would be United actively weakening themselves for no real gain.

“We’ve got a few months left and we can’t weaken ourselves, we need to strengthen ourselves, if any movement is going to happen,” Ole Gunnar Solskjaer ​said on the subject this week.

Repurposed under Louis van Gaal and Jose Mourinho from his former role as a winger, Young is both United’s back-up right-back and regular left-back. There is reason to say that home-grown starlet Brandon Williams ought to now take over as starting left-back, but Young would arguably still be the first choice alternative on both sides of the back four.

If United let him go now, the only back-up to Aaron Wan-Bissaka is Diogo Dalot, whose poor fitness record has made it impossible to rely on him. Luke Shaw, another player who has missed a lot of football throughout his United career, is the only other option to Williams on the left.

Beyond them, United would be forced to turn to untested youngsters – in that sense, Williams hitting the ground running, especially in a poor team, is the exception rather than the rule.

One of United’s biggest problems this season and last has been a lack of leadership.

Were Young to leave now, that would rip even more of it out of the squad and be an admission that the rest of the campaign is simply a write-off at a time when there is still a cup to be won and European places to challenge for – any degree of consistency could result in reaching the top four

The summer will be a time for change when the club can address the many, many problems in the squad and Young will be able to pick his future elsewhere as he wishes. But January doesn’t provide the opportunity for that and that is why he has to stay for just five more months.