​As one era comes to an end at Old Trafford, another is just beginning at San Siro. Antonio Conte has built his Inter side around the marquee signing of ex-Manchester United forward Romelu Lukaku, who has repaid his boss with 14 goals in 20 league appearances.

The forward’s budding relationship with strike partner Lautaro Martinez has propelled Inter into an unexpected title race with Juventus and dark horses Lazio, but I Nerazzurri have been in this high-pressure situation before – and crumbled. The Milan club have a habit of starting their campaigns in competent fashion, but their early promise has regularly tailed off into eventual disappointment. Inter’s recurring nightmares even came back to haunt them in the Champions League, where Conte’s side threw away a wonderful opportunity to qualify from a tough group.

Speaking after a crushing defeat to ​Barce​lona, the Italian boss lamented his side’s lack of experience at the highest level, and called for his sporting director to recruit leaders with a winning mentality.

The ​ex-Chelsea boss has also struggled to find a suitable candidate to carry out with all-important wing-back roles on both sides of the pitch, with wingers Matteo Politano and Valentino Lazaro not quite adapting sufficiently to Conte’s liking.

The wide-men in Conte’s 3-5-2 system are crucial to his team’s success, and when carried out to the letter, it can turn unfashionable misfits into cult heroes – just ask Marcos Alonso and ​Victor Moses. Inter are slowly slipping behind ​Juve in the Serie A table, and I Nerazzurri’s winter collapse is in full swing. Their new coach has instilled a new-found confidence within his troops, but they are showing signs of their fragility and inferiority complex.

When the going gets tough, that seed of doubt creeps back into the Inter minds, and as demonstrated in their draw against Atalanta and their tie with Lecce on Sunday, the nerves that swirl around their supporters can cripple their stars.

And so that brings us nicely along to January.

Eyebrows were raised when ​Inter surfaced as front-runners to bring Christian Eriksen to Serie A at the end of his contract, and they almost flew off entirely when Ashley Young was mentioned as a likely January addition.

But whist the ​Eriksen deal drags on, their attempts to lure Young to Milan were successful. Young joined I Nerazzurri on a two-year deal, and he could find himself thrown immediately into action. 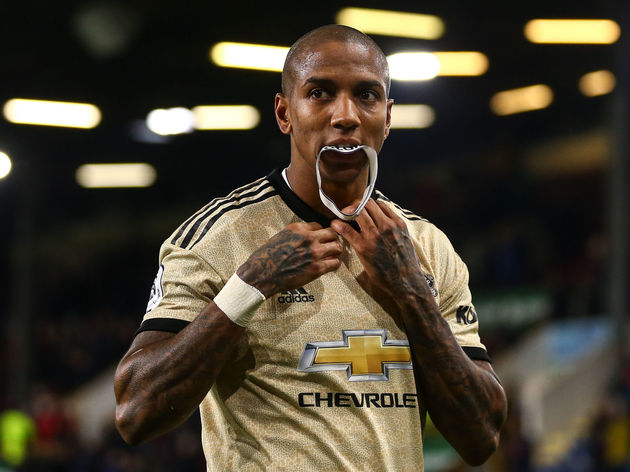 Inter have been held in back-to-back game in the league and have lost ground on leaders Juve, but there is plenty of time for Conte’s men to improve their stuttering form. Lukaku has always shown his best form in and around the penalty area and, while I Nerazzurri whip plenty of balls into the box, there can be a serious lack of genuine quality in their deliveries.

Cristiano Biraghi and Antonio Candreva cannot be faulted for their effort and endeavour, but ‘hit and miss’ is a kind expression to describe their crossing capabilities. Young’s signing could have been made with that very scenario in mind, as the former ​Aston Villa star was often regarded as one of the best crossers of the ball in the Premier League over the past decade.

There is no denying that Conte would have killed for one of Young’s trademark whipped, in-swinging crosses in the final moments against Lecce on Sunday afternoon, as his side pushed desperately for a late winner.

With two predators lurking in the box in Martinez and Lukaku, the wing-back has much more lethal targets to aim at than at his previous club (apart from the two years he spent with, erm, Lukaku, obviously). 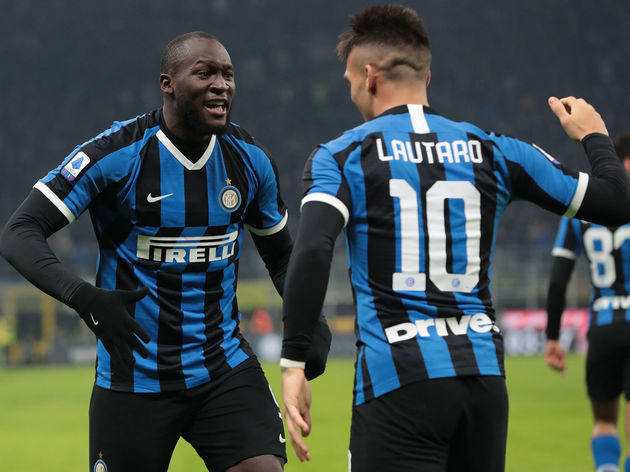 And then there is Young’s character and standing within the game. As with many Man Utd stars, the versatile defender has become a figure of derision on social media, but his trophy cabinet would beg to differ.

The 34-year-old played his part in the Red Devils’ title success in 2013, and he has grown into a leader within a squad that has been built by a number of different managers, and appears completely disjointed.

A glance at Chris Smalling’s rise from ‘butt of all jokes’ to ‘respected voice in the Roma dressing room’ highlights the respect that ​Man Utd players command among those in Italy, and how little the language barrier can affect a star’s influence over his fellow teammates.

Young can provide a wise, calm head among a group of players whose biggest rival is their own fears, and deliver Inter’s first title in almost a decade.