​Newcastle have agreed a loan deal with Inter for Valentino Lazaro, which includes a €23.5m option to buy at the end of the season.

The Magpies are looking for reinforcements to bolster their injury depleted squad, which took a further hit this past week when Jetro Willems was ruled out for the remainder of the season with a knee ligament injury.

​90min told you at the back end of last week that Newcastle were confident of concluding a deal for Lazaro, after Ashley Young completed his move to Inter from Manchester United. Now that Chelsea’s Victor Moses has finalised his own move to San Siro, the way has been paved for Lazaro

Italian transfer guru ​Fabrizio Romano is the man who has not only announced that a deal is almost done, but he’s also detailed the financial specifics behind Newcastle’s bid.

The ​Magpies will pay Inter just €1.5m to take the 23-year-old on loan until the end of the season, but will have the option to make the move permanent – if he’s successful in staying fit – for €23.5m.

Steve Bruce’s side will be signing a player who has played little football in the fashion capital of the world, making just four ​Serie A appearances since joining the club from Hertha BSC last summer. Inter boss 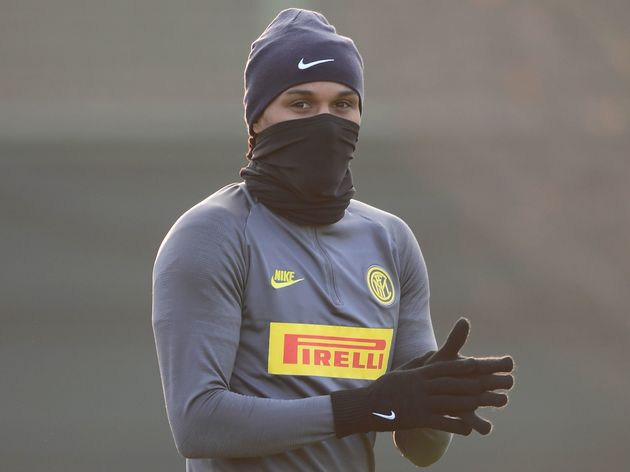 Lazaro operates primarily as a right midfielder and will add competition to a Magpies squad that is now chasing a surprise top ten Premier League finish. Newcastle were among many people’s favourites to go down at the beginning of the season, with many sceptical around Bruce’s appointment at St James’ Park.

But the well travelled manager has done an exceptional job since taking over from the incredibly popular Rafa Benitez, pulling Newcastle away from the relegation zone after a string of impressive results.