​Christian Eriksen looks to have taken a significant step towards becoming an Inter player in January, as reports claim the Italian side have reached ‘total agreement’ with Tottenham over a deal.

The Denmark midfielder is out of contract in the summer, and is widely reported to have been in talks with Inter over a move throughout January, the general feeling being that a deal would be concluded eventually – either immediately or on a pre-contract agreement. 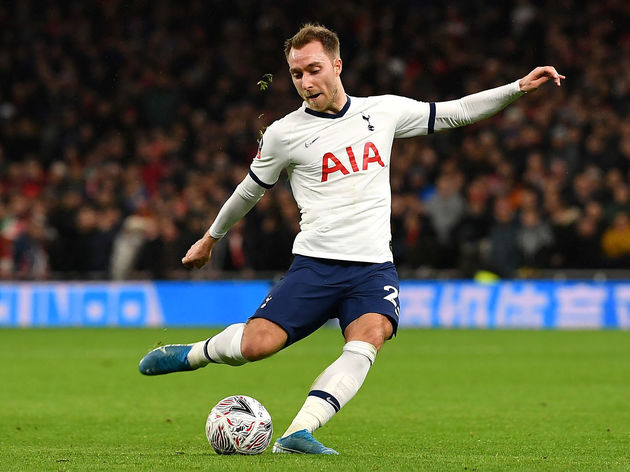 Reporting over the story had slowed in recent days with the move seeming to drag on, but new life was breathed into the situation on Thursday evening when it became apparent Spurs had ​accepted a bid for his services. .

Barcelona were then reported to have made a ​last-gasp effort to recruit him, but it seems the Catalan giants have left it too late, as the reliable Fabrizio Romano reports that a deal is now a near-certainty.

Christian Eriksen to Inter, here we go! Total agreement reached with Tottenham right now. The Danish midfielder will arrive in Italy on next days to sign his contract. ⚫️ #Eriksen #Inter #Tottenham #THFC

The Italian journalist reports that an agreement has been reached between the two clubs over his sale, and that the player will arrive in Italy ‘in the next days’ to put pen to paper on a deal with the Serie A side.

Spurs head coach José Mourinho has stuck by Eriksen in the face of the continuing speculation over his future, but recent games have seen him scale back the 27-year-old’s involvement – perhaps in the knowledge that he will be departing sooner rather than later.

His last league start came in the 1-0 defeat to Liverpool earlier this month, and though he started the subsequent FA Cup replay with Middlesbrough, he has been used as a fleeting substitute in the two games since. For ​Inter, the deal will be their third signing from the Premier League of the window, with Manchester United’s Ashley Young and Chelsea’s Victor Moses arriving to boost Antonio Conte’s ranks.