Having failed to qualify for the 2018 World Cup, Italy completed a remarkable turnaround by qualifying for Euro 2020 in style, winning 10 out of their 10 qualifiers and scoring 37 goals as they comfortably topped their group.

The Azzurri’s preparation for this summer’s tournament has been relatively smooth, and Roberto Mancini’s side are unbeaten in their last 14 since losing to Portugal in the Nations League back in September 2018.​

Beaten finalists in 2012, Italy have been drawn with ​This is one of the youngest, most exciting Italian teams for years. While at previous tournaments, the old guard had outstayed their welcome, this is an Italy team characterised by a fearlessness of youth. The natural downside to a team brimming with youth is a lack of experience. Such has been the transition within the Italian national side since the country’s last appearance at an international tournament back at Euro 2016, that nearly two thirds of the squad that reached the quarter finals in France are now no longer in the international fold.

This leaves a number of players heading to Euro 2020 for their maiden international tournament. ​

Despite being such an exciting side and boasting a wealth of attacking options, Italy had a habit of being wasteful in front of goal during qualifying. Despite dominating possession and having a staggering 25 shots during their crucial qualifier against Finland, Roberto Mancini’s side required a Jorginho penalty to seal the three points. Similarly against 10-man Armenia, the Italians had 74% of the ball and 17 shots. However, only six of these shots were on target, and it was an 80th minute own goal that finally assured them of victory. 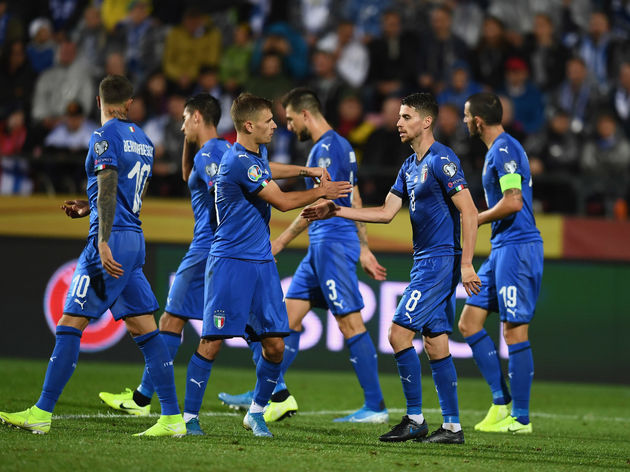 ​Italy should progress from their group, and will be favourites to go through as group winners. However, Wales are an ever improving side who can cause all sorts of problems when Gareth Bale and Aaron Ramsey are fit, and Switzerland are a very good team on their day, who will also be considered dark horses to go deep in the tournament.

Despite three tough group fixtures, Italy should make it through to the knockout stages unscathed. Roberto Mancini’s side will be considered dark horses for the tournament, but this slight underdog status could work in their favour, and the Italians are a good bet to make the semi finals.