​The Azzurri have rebuilt their squad over the past couple of years, with Roberto Mancini overseeing a radical reformation for the European giants.

Having missed out on qualification for the 2018 FIFA World Cup, the once staple of international tournaments had been forced to watch on from home for the first time since 1958.

But Italy’s upturn in form means the Azzurri will be back in the big time this summer, aiming to fight for a first major trophy since 2006.

With that in mind, here’s how Italy should lineup for Euro 2020. 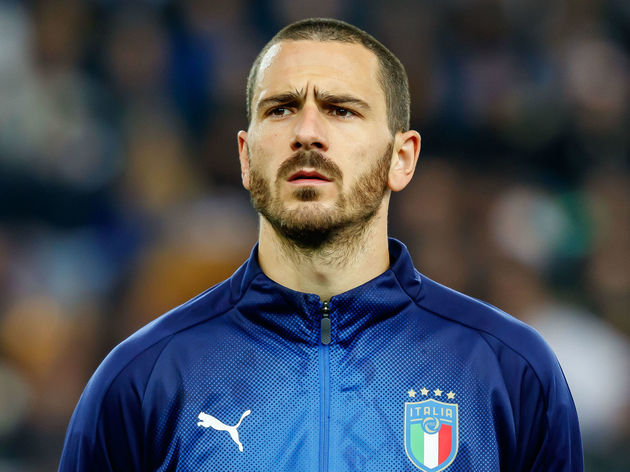 Gianluigi Donnarumma (GK) – Despite being one of the most talked about young talents of his generation for many years now, ​Donnarumma is still just 20 years old. The Milan shot-stopper has made 16 national team appearances since his debut back in 2016, and his stellar showings in Serie A will ward off any potential competitors for his spot.

Alessandro Florenzi (RB) – Having just secured a late January move to Spanish outfit Valencia, Florenzi will be hoping to increase his workload and force Mancini to sit up and take notice. The Italian right-back has struggled for game time of late, and will be aiming to make an impact in La Liga in order to secure his place in the Italy starting XI.

Alessio Romagnoli (CB) – The defender has surprisingly made just 12 appearances for his country, but his fantastic form for Milan makes him a shoo-in for a starting berth at Euro 2020. The 25-year-old made just four starts during qualification, but his pace and power, as well as his favoured left-foot, makes him an asset to the Azzurri’s back line.

Leonardo Bonucci (CB) – Very much the grandfather of Italy’s defence, the 32-year-old is entrusted with the captain’s armband for the national side. With a youthful look to the Azzurri in places, Bonucci’s leadership and experience on and off the pitch will be essential.

Emerson Palmieri (LB) – The ​Chelsea man hasn’t really had the best of times at Stamford Bridge. Competition for places and frequent managerial changes has made life difficult for the 25-year-old, but Italy’s lack of options at left-back may offer him a route into the starting XI for Euro 2020 – despite having just started five qualification games. 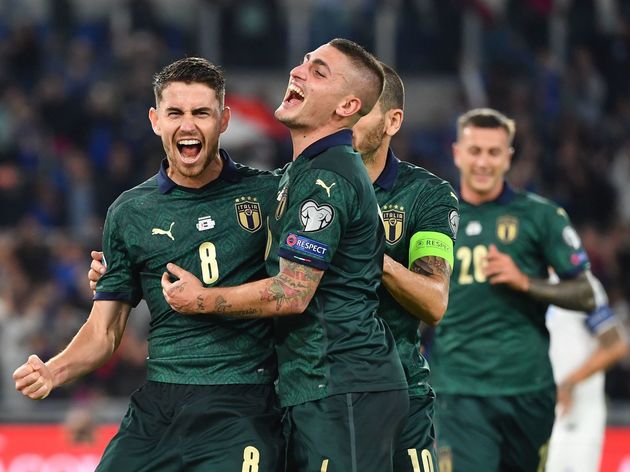 ​Stefano Sensi (CM) – The midfielder has been a revelation this season, adapting to life at San Siro with consummate ease. The 24-year-old has just four caps for the Azzurri, and injuries have impacted Sensi’s minutes this season, but his eye for a goal and his creativity makes him a safe pair of hands for Mancini.

Jorginho (CM) – Football is a strange game. Jorginho is doing an almost identical job under Frank Lampard this season to what he was doing under Maurizio Sarri at Chelsea last term, but now he is finally getting the praise he deserves. The maestro has been like a metronome in the Blues’ midfield and has even chipped in with four goals and two assists this campaign. Also, it’s always good to have one of the best penalty takers in Europe in your ranks.

Marco Verratti (CM) – At 27, Verratti is surprisingly one of the more senior players at national level. The Paris Saint-Germain midfielder has been in good form for the Parisian club this season – grabbing five Ligue 1 assists – and his ferocity and work-rate in the centre of the park are essential. Federico Chiesa (RW) – The 22-year-old has been pulling up trees with his impressive showings in Serie A this season, and is being touted for a blockbuster move away from Fiorentina this summer. With Nicolo Zaniolo’s long-term injury, and Federico Bernardeschi’s limited game time at Juventus, Chiesa should start for Italy this summer.

Ciro Immobile (ST) – While Immobile has always failed to meet expectations for the Azzurri, just look at his numbers for Lazio. The striker has a quite ridiculous 26 goals in all competitions this season, 23 of which have come in ​Serie A. The 29-year-old has also provided five assists and should comfortably see off competition from Torino’s Andrea Belotti for a place in the starting XI.

Lorenzo Insigne (LW) – This little man always impressive for Italy. The 28-year-old may just have seven goals in 34 appearances for the national team, but his work ethic and flair is unmatched by any of his attacking teammates.