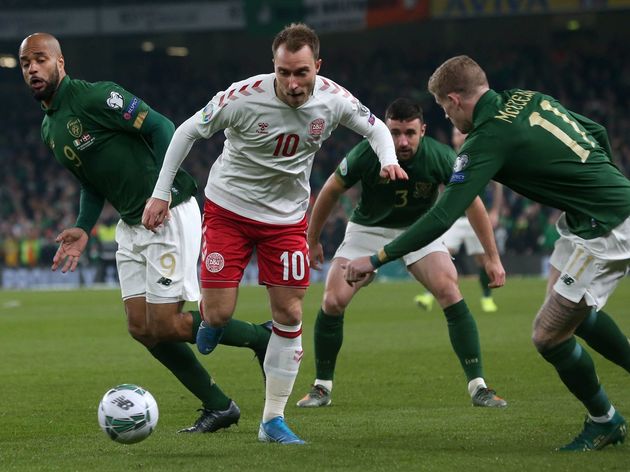 It will be only his fourth major tournament with his country after the third time proved unlucky, and he’ll have the small matter of proving his worth against the side ranked number #1 heading in, but we all know the former Spurs maestro is capable of unlocking any defence on his day.

Don’t believe me? Have a look at 90min‘s breakdown of what to expect from Denmark’s key man. After coming through the ranks in his native Denmark at the tremendously-named Middelfart Boldklub and later Odense BK, a young ​Eriksen made his way to the Netherlands before eventually making his senior breakthrough with Ajax in 2010.

At a club famed for their production of attack-minded midfielders, the likes of Wesley Sneijder and Rafael van der Vaart boasted among his fellow alumna, Eriksen quickly put himself on a par with anything that had come before him in recent times. After 97 goal involvements and three successive Eredivisie titles wrote him into the club’s history books, he departed for pastures new in the ​Premier League, with ​Tottenham’s £13m offer proving enough to pry him away on the relatively cheap.

Though his time in the Premier League would ultimately end with something of a whimpering move to Inter, however, his six-and-a-half years in north London weren’t without their high points.

He made over 300 appearances throughout one of the most successful periods of the club’s history, scoring or assisting an incredible 160 goals in that time, while twice being named the club’s player of the year and helping them to the Champions League final in 2019.

Love him or leave him, he leaves remembered as one of the club’s greats – just ​ask our Sean Walsh about that. Much was made of Tottenham’s inability to win a major trophy while boasting a golden generation which heavily featured Eriksen at his very best, but lack of trophies while in England aside, to call his career so far a failure would be pretty laughable.

Ever since making his breakthrough at Ajax at the beginning of the decade, Eriksen has been lapping up individual and collective honours as if it were second nature.

He had a burgeoning trophy cabinet by the time he arrived in the Premier League, having stacked up a mightily impressive CV with three Eredivisie titles and two domestic cups while in the Netherlands, so he was already a well-established winner by the time he was drafted in by André Villas-Boas.

In England, things thinned out a bit, but he continued to be recognised by both club and country, and was named in the PFA Team of the Year as Spurs finished a strong 3rd in the Premier League. The Champions League runners-up medal he was handed in 2019 won’t have been celebrated, but he’ll be optimistic of adding to that extensive list during his time in Italy – and may well do so by the time he joins up with his international teammates come June. Having crashed out to Croatia in heartbreaking fashion in 2018, the Danes were tasked with a tricky-looking group featuring Switzerland and the Republic of Ireland. They hadn’t lost a competitive game (excluding penalties) since 2016, however, and fancied their chances of keeping that going.

And so they did. Four wins and four draws from eight matches saw them through to the finals as Group D runners up, with their gravitational force in Eriksen at the heart of absolutely everything. He played every minute, racking up an impressive five goals and four assists, amounting to 39% of his team’s goals – i

He was an integral part to a side who really showed their mettle, and with his side’s admirable undefeated record resting firmly on his shoulders, he will be aiming to carry his form into the summer and beyond.