​Just over halfway into Antonio Conte’s first season in charge, Inter find themselves sitting just three points behind Serie A leaders Juventus. They have lost only once and have conceded just 18 goals – the best defensive record in the league.

They may have dropped down into the Europa League after finishing third in their Champions League group, but Inter are clearly targeting the Serie A title and have made solid steps towards toppling Juve this term.

There have been a number of standout performers so far, but here are the top stars who would be in contention to win I Nerazzurri’s player of the season award. Following his £73m move from ​Manchester United in the summer, Lukaku has hit the ground running at San Siro. He has found the net an impressive 20 times ​in 29 appearances in all competitions, as well as recording four assists.

In 22 Serie A appearances, the Belgian has scored 16 times, including doubles against Napoli, Genoa, Bologna, Sassuolo and Udinese. The 26-year-old’s consistent goalscoring feats are certainly helping him justify his hefty price tag. The 22-year-old has become one of Europe’s hottest prospects after an excellent breakthrough season at Inter. Alongside Lukaku, he has found the net an impressive 16 times, as well as laying on four assists.

In ​Serie A, he has scored 12 times in his 20 appearances, and as previously mentioned the Argentinian has developed an excellent understanding with strike partner Lukaku. Together, they have scored 34 times. To put their importance into perspective, Inter’s next top scorer – Stefano Sensi – has netted just three times in the league.

With Christian Eriksen ​recently added to the squad, Inter’s attacking threat is set to become all the more potent. Martinez looks as though he will continue his inspired form, hoping to end his side’s ten-year wait for Serie A success. The 32-year-old veteran has proved age is just a number, remaining a crucial member of Antonio Conte’s squad.

Across 23 appearances in all competitions, Candreva has scored four times and conjured up a further five assists. His most impressive performances have come at the San Siro. Against Parma in October he both scored and assisted, and when Inter hosted Genoa he assisted another two goals.

The Italy international’s place in the side may yet come under threat following the loan signing of Victor Moses. However, he has performed well enough to give Conte a selection headache heading into the remainder of the season. The combative Croatian has been a mainstay in Conte’s midfield this season, starting all but two fixtures in Serie A. He has notched two goals and made five assists from central defensive midfield.

If Inter are to win any silverware this season, they will rely upon Brozovic’s continued influence in the centre of the park to help guide his side through the business end of the season. 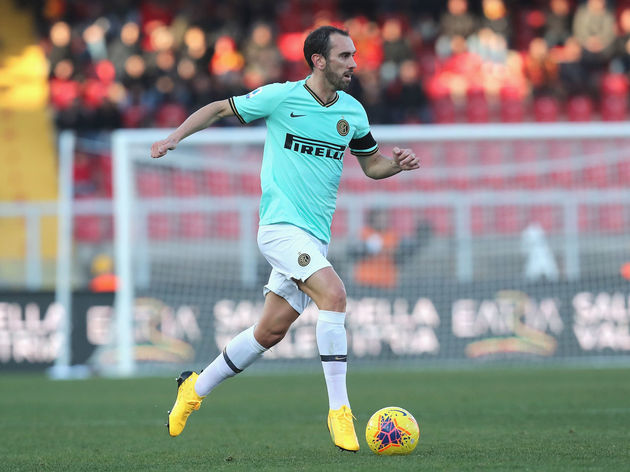 Following his summer move from ​Atlético Madrid, Godin has shown he still has what it to takes to compete at the highest level. His experience with Atletico in Spain will prove invaluable as Inter continue to fight in several competitions.

Granted, he has started just under half of Inter’s league games thus far, but in those ten games his side have conceded only eight goals and managed six clean sheets.

Much of Inter’s progress has been built upon a solid defensive record, and Conte must be extremely enthused to have a player of Godin’s credentials in his squad, who can still make an excellent contribution both on and off the pitch.