Have you tried turning it off and on again?

Great. Now that your computer is in working order, it’s time to get stuck into the next edition of 90min’s Definitive European Player Power Rankings, and we’ve had some real technical support from the IT Crowd to make this possible.

So, let’s see what Roy, Moss and Jen have to say about the last week of European action. “Prepare to put mustard on those words, for you will soon be consuming them along with this slice of humble pie, that comes direct from the oven of shame, set at gas mark ‘egg on your face’.”

​Manchester United fans will have told you that ​Lukaku was useless and not worth the money.

Oh, how wrong they were. “If you type ‘google’ into Google, you can break the internet.”

Social media is always full of people talking about ​Salah. Some hate him, some love him and some really don’t care.

But no matter what your opinion is, you can’t deny that the ​Liverpool man scores goals. Just ask West Ham and Southampton. “I like being weird. Weird is all I’ve got. That, and my sweet style.”

If you want your striker to just score goals, then you probably don’t want ​Firmino in your team. However, if three assists against Southampton is what you’re looking for, then he’s your man. Five goals in his last three matches, taking his tally for the season to 14 in just 18 games, should tell you everything you need to know about him. Yeah, scoring goals is fun, but I know something even better. “I wanna taste the apple, Roy. I wanna bite the electric tiger’s tail and ride it till the end of the motherflipping line.”

Vinícius is definitely riding that tiger’s tail this year. The Liga NOS top scorer has been scoring goals for fun, and he doesn’t look like he’s going to slow down anytime soon. 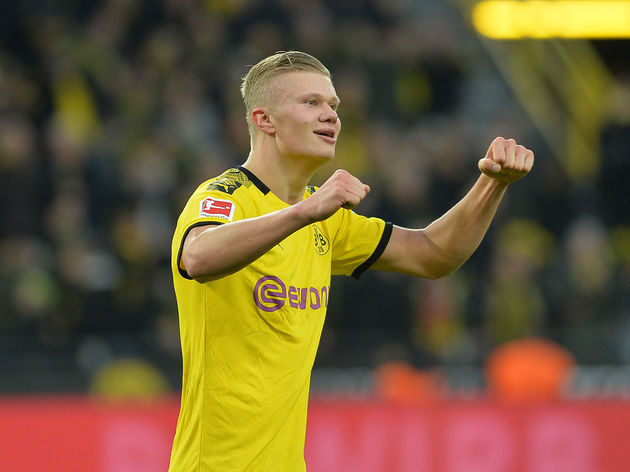 “That’s the sort of place this is, Jen. A lot of sexy people not doing much work and having affairs.”

​Bayern Munich owe pretty much everything this season to Lewandowski. Yeah, Serge Gnabry and Thomas Müller have helped, but the Pole is doing almost all of the work. “Did you see that ludicrous display last night?”

Not only did Werner not score in his last game, but he didn’t even manage a goal in the one before that either!

The fact that that is even worth mentioning tells you just how prolific he has been for the rest of the campaign, but two games without a goal isn’t good enough when you’re trying to hold on to top spot in the prestigious power rankings; and the Bundesliga. “People. What a bunch of bastards.” “Hooray. He’s kicked the ball. Now the ball’s over there. That man has it now. That’s an interesting development. Maybe he’ll kick the ball. He has indeed and apparently that deserves a round of applause.”

​Messi gets more than a round of applause for everything he does, but he recently took a back seat to let teenager Ansu Fati steal the spotlight. How thoughtful.

The Argentine did still bagged two assists for Fati though, so he was still just as important for the team. ​Dortmund have more than their fair share of outstanding youngsters, but Sancho leads the way. The man is on fire.

He has finished with at least one goal and one assist in seven of his last nine league games. Just let that sink in. “I came here to drink milk and kick ass… and I’ve just finished my milk.”

All Immobile cares about is goals and wins. Nobody in the ​Serie A can stop him.

He added another two to his tally last time out against SPAL, taking him to 25 in just 21 games. “I hope it doesn’t sound arrogant when I say that I am the greatest man in the world.”

​Ronaldo is on a completely different level right now. That’s nine consecutive league games with a goal. That’s 14 goals in those nine games.

Those kind of numbers should be surprising, but they’re not because it’s Ronaldo.