​While Liverpool’s quite frankly ridiculous dominance of the Premier League might have killed off any hope of a watchable title race in England, but over in Italy, the chase is on.

With red cards, comebacks and a bit of Zlatan for good measure, Italian football is in the middle of one it’s most exciting seasons for years.

And here are a few things you may have missed from another enthralling weekend of Serie A action. ​Juventus knew they were facing a tough task when they travelled to this season’s surprise package Hellas Verona, but with ​Cristiano Ronaldo having scored 14 goals in his last nine Serie A matches, they were confident of a victory.

They would have been even more so when the former Real Madrid man put them a goal up midway through the second half.

But then a lovely finish from ​Liverpool legend Fabio Borini sparked an amazing turnaround as a late Giampaolo Pazzini penalty finished the job for Verona.

The reigning Italian champions have now lost two of their last three, and their shock defeat opened up the door for… The declining fortunes of ​Inter and ​​AC Milan in recent years has meant that the Milan derby has become slightly less exciting than in its late-90s and early 00s heyday. Not this weekend though!

I Rossoneri – who have found form since the return of Zlatan Ibrahimovic last month – stunned Inter to take a two goal lead at half time​ thanks to strikes from Ante Rebic, and yes, you guessed it ​Zlatan Ibrahimovic himself.

After just one win in their last four it appeared that Inter might be about to choke, but then something very special happened.

The Nerazzurri produced a stunning turnaround to win the game 4-2, with ​Romelu Lukaku’s late strike sending at least one half of the San Siro into absolute delirium, as Inter moved top of Serie A on goal difference. But this season is not just a two-horse race at the top of Serie A; Simone Inzaghi’s Lazio are making sure of that.

They secured a tense 1-0 victory over Parma to move themselves to within​ just one point of the top two.

That means that just one point separate the top three in Italy right now as Ie Aguile look to pull off the unlikeliest of Scudetti win. It’s a proper title race ladies and gents! 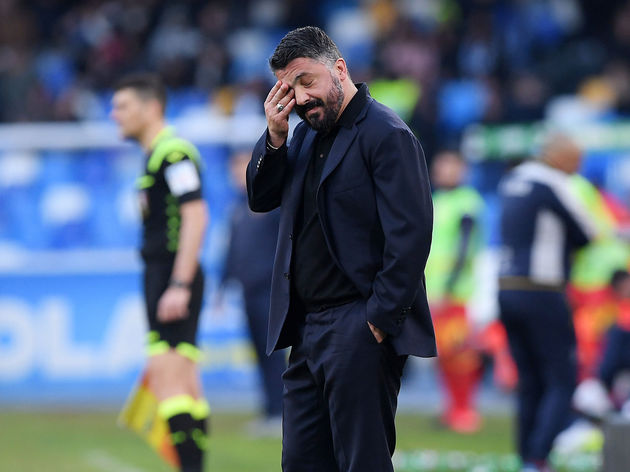 ​Napoli’s brief revival under new manager Gennaro Gattuso had earned him the name of San Gennaro in some quarters of the Italian press.

But that was quickly brought to a halt this weekend as Napoli succumbed to their ninth defeat of the season at the hands of relegation-threatened Lecce.

Many of the club’s stars have been linked with moves away from the Stadio San Paolo if the Neapolitans fail to secure European football of any kind. It’s looking bleaker and bleaker by the week for Gli Azzurri. It looked as though Roma were nailed on to secure the final one of Italy’s Champions League spots this season, but a rotten run of form has put that in serious jeopardy.

Defeat to Bologna marked a third loss in five matches, leading Paulo Fonseca’s side to slip out of the top four spots.

In their place Atalanta were able to sneak in, as the Bergamo side came back to beat Fiorentina 2-1.​