Such is the nature of the beast that is football, that it doesn’t take long for an up-and-coming star to be pigeon-holed as the ‘next big thing’. So it comes as no surprise then, that having made only 17 top-flight appearances, the new Paolo Maldini has been unearthed in Verona.

Well, fellow Shakespeare lovers, 90min is about to tell you just who is this new Prince of Verona, and why he’s destined for the very top of world football – no exaggeration.

​Okay, so he’s the greatest defender to ever live – but what kind of defender is he? Well, the 20-year-old is an aggressive centre-back who plays on the front foot. Kumbulla is excellent at reading the game, and his trademark move is to dispossess his striker before the ball even reaches his feet, then stride out confidently to kick-start a counter-attack. The 6″1′ youngster has been a key component in Hellas Verona’s unbelievable rise in Serie A this season, which has seen the newly-promoted side climb to sixth in the table, picking up points against Lazio and ​Juventus along the way.

A leader of men.

​It’s not only his ability to defend high up the pitch which has attracted the interest of the entirety of Serie A – and some Premier League sides, too. When their backs are against the wall, and Verona have been forced to dig in deep, Kumbulla is the man to help them weather the storm. His determination and refusal to be beaten was epitomised by his superb display against Juventus, when he stood firm against the might of ​Cristiano Ronaldo and co. to edge out the Italian champions in an impressive 2-1 win.

Flying headers, last ditch tackles and brave blocks. Kumbulla has got it all.

Ok so he can defend, but basically every defender (bar John Stones) can do that – what else can he do? That’s right, it isn’t enough for a centre-back to only keep clean sheets nowadays. ​They also need to pass, score bullet headers and dribble like Zinedine Zidane – or in Theo Hernandez’s case, do keepy-ups in front of a packed Santiago Bernabeu. Cringe. 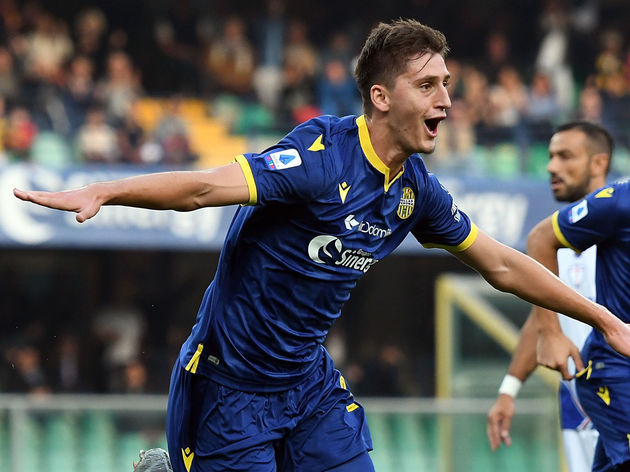 Luckily for Kumbulla, he has plenty of strings to his bow – including a first senior goal against Sampdoria. The 20-year-old has shown a predatory instinct beyond his years, and he also tucked away an excellent headed finish against Juve – only for a marginal offside call to snatch glory from him.

Still, plenty to get excited about at both ends of the pitch.

Sorry Italians, but Kumbulla is Albanian and proud. Born in Italy, but to Albanian parents, the youngster had the opportunity to represent either Italy or Albania at international level. 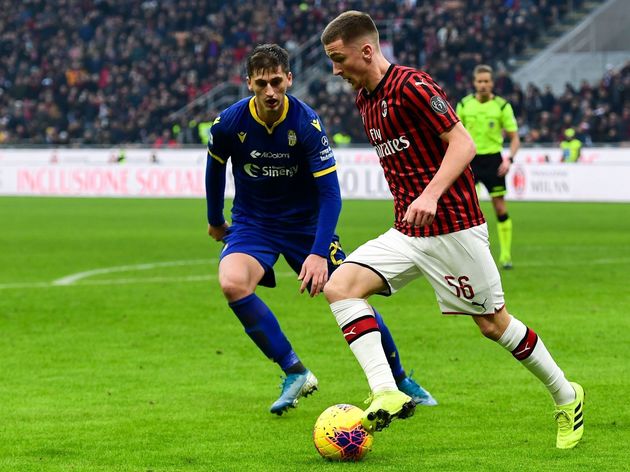 Being a man who is clearly very proud of his heritage, Kumbulla chose to pull on the Albania jersey, rather than the blue of Gli Azzurri. And he made his competitive debut for the Red and Blacks in a Euro 2020 qualifying match against Moldova, thus confirming his allegiances.

Right now, you’re all dreaming of Kumbulla slotting into your chosen defence, leading your favourite team to glory. But how much will he set you back? Well, considering his lack of experience at the highest level and Verona’s recent standing in Italian football, it’s unlikely that you’ll be paying through the nose for the Albanian’s services. RB Leipzig were knocked back with a £13m approach for the young defender in January, and given that Kumbulla continues to go from strength to strength with Verona, that sum is only set to increase.

But in a world where teams charge £80m for Harry Maguire, a £20m gamble on a young and exciting defender is far from extortionate. This guy could be the answer to your prayers.