Napoli took a slender but deserved lead in their Coppa Italia semi-final clash with Inter, with Fabian Ruiz’s superb second half goal handing the away side a 1-0 win in Wednesday’s first leg clash.

A positive opening from the hosts failed to test David Ospina with any saves of note, and instead Napoli grew into proceedings with chances for Dries Mertens and Elif Elmas before

1 – The only time Inter and Napoli faced in a two legged knockout stage in the Coppa Italia was back in the 1997 semifinals, when Napoli progressed after the penalties. Memory. #InterNapoli 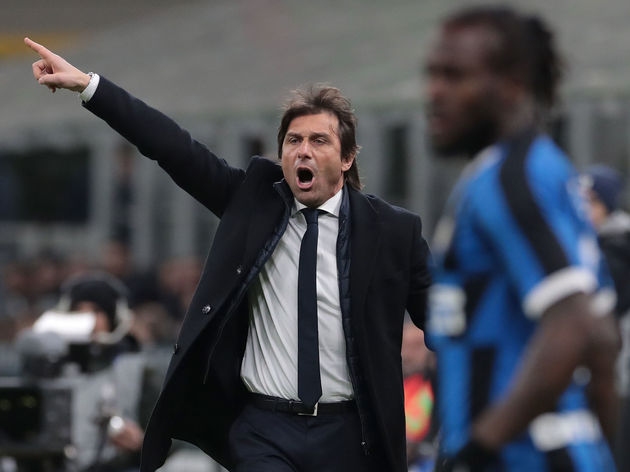 Some of the criticism angled towards ​Inter in recent weeks has been their lethargic opening to games. Seemingly hell-bent on ensuring that didn’t happen on Wednesday night, Antonio Conte had his side pressing from the off and looking threatening every time they bombarded forward in the first 15 minutes. And then it just stopped.

The lack of ​Christian Eriksen in midfield had the Nerazzurri looking devoid of ideas and Napoli’s passing game began to take effect.

As soon as he entered the fray, Conte’s side looked distinctly more potent in attack, finally having someone on the pitch who could pick the ball up in pockets of space and feed the forward’s in dangerous areas. Why this became a ‘plan B’ and not the approach from the off is what is puzzling, and the decision played a part in Inter falling to a limp defeat on Wednesday night. Forced to partake in far more work defensively than they did in the final third, the accolade of Inter’s man of the match falls to Alessandro Bastoni for another immensely assured performance.

There is good reason why Barcelona have been linked with the Italian, as he demonstrates similar levels of confidence and ability as

I’m liking Bastoni so far, looks like a very talented Italian CB of the future. Taking a quick glance at Gennaro Gattuso’s lineup, the most obvious omission from the side was, well, height. Any of it.

Only in defence was there any resemblance of an aerial presence, and the insistence on playing out from the back despite heavy pressure indicated a preference to play through the ​Serie A league leaders. With Mertens operating as a false nine, they took huge risks with their approach, but the end result was a first half that ​Napoli grew into and had by far the better opportunities to score.

The height differentials meant the visitors had to probe for their openings, and it was such an instance they produced Fabian’s superb opening goal. Napoli have been a peculiar side this season, falling to disappointing defeats against lower opposition but then coming up trumps against the more established sides in Italy. Their display at San Siro was a defensively resolute showing, sticking to their guns and playing in the manner Gattuso wants. Not vintage by any means, but a hard-working unit who – to a man – gave their all. 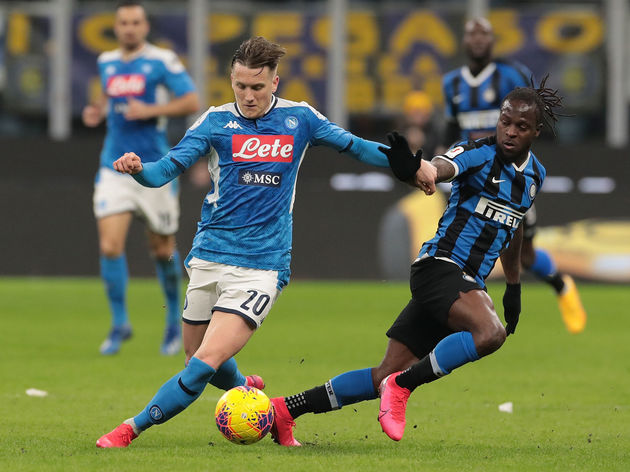 On the left side of the midfield, it was crucial that Napoli didn’t gift possession away in dangerous areas with Victor Moses instructed to hug the touchline and break with pace at any given opportunity.

Piotr Zieliński‘s job was to keep hold of the ball in the third quarter and zip quick passes up to the feet of the forwards, something he did with neat precision and quick thinking. He rarely ever lost possession and was composed throughout, providing Mario Rui with adequate protection across the 90 minutes.

Zielinski, Demme and Ruiz have been absolutely excellent so far, and only improved as the first half went on. Zielinski had 35 touches and and passed at 100%. #Napoli #CoppaItalia

Both clubs are back on Serie A duty on the weekend, with Inter traveling to face title rivals Lazio while Napoli host Cagliari.