​Lazio edged Inter 2-1 on Sunday night as they leapfrogged the Nerazzurri in the Serie A table to leave them just a point off Juventus at the summit.

In what was an intriguing tactical battle of two 3-5-2 formations, it was the hosts who went the closest to opening the scoring early on in proceedings as Sergej Milinkovic-Savic’s fierce drive from distance rattled Daniele Padelli’s crossbar.

Antonio Conte’s side were certainly the brighter in the first half, and after failing to make the most of some promising attacking transitions, they were finally able to execute late on in the opening period. After Jony’s cross was picked off by Ashley Young on the edge of the Inter box, Inter countered to great effect – with Young finishing on the half-volley after Thomas Strakosha had parried Antonio Candreva’s effort into danger. 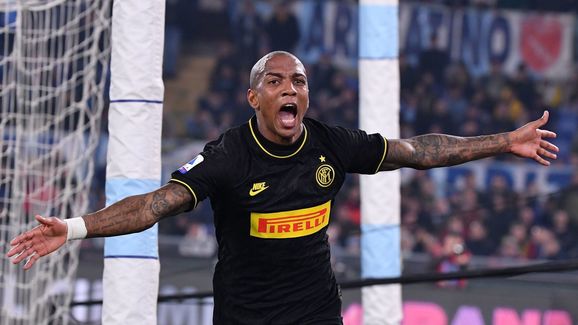 The hosts responded swiftly after the restart though, as Ciro Immobile scored his 26th Serie A goal of the season from the penalty spot after he was brought down inside the area by Stefan de Vrij.

Both sides defended resolutely after Immobile’s leveller, with chances coming few and far between, before a bit of magic by Milinkovic-Savic helped the Biancocelesti take the lead – the Serb doing brilliantly to work a bit of space inside the Inter box before squeezing his left-footed effort past Padelli.

Much to Simone Inzaghi’s displeasure, an entertaining, end-to-end contest played out with glorious chances coming at both ends.

Lautaro Martinez thought he’d grabbed a late equaliser after he’d nodded in Young’s unselfish cross, but the Argentine was rightly adjudged to have been offside before Immobile had his one-on-one effort well-saved by Padelli – the Italian goal machine beating both Diego Godin and De Vrij with a first touch sent from the Gods.

The visitors continued to press right up until the final whistle but were unable to find the all-important equaliser, sparking scenes off jubilation in the Stadio Olimpico.

What a turnaround by Simone Inzaghi’s men, eh? After a rather underwhelming first-half display, the hosts came out like a different beast in the second period. A newfound intensity out of possession didn’t allow the Nerazzurri back three to settle on the ball and they were quickly on level terms after their drastic improvement.

And although it wasn’t a trademark attacking display by the Biancocelesti – with Inter doing well to nullify chief creator Luis Alberto – they did just about enough to edge this one. Inzaghi will know though, that he has the immense defensive work of Francesco Acerbi to thank for his side claiming a vital three points.

Ladies and gentleman, we’ve officially got ourselves a three-horse race. Strap yourselves in.

The Serbia international’s wicked effort that struck the woodwork in the opening ten minutes set the tone for a wonderful display.

Milinkovic-Savic has often showed huge promise, but a performance like that tonight suggests he’s close to full maturity now. A presence & belief about him that all top players have

While as cool as ever in possession, it was Milinkovic-Savic’s physical presence that caused the Nerazzurri backline so many issues on Sunday night. His movement out of possession, meanwhile, was superb, initially starting a little deeper to find space before persistently exploiting the space between Inter’s left-sided centre-back and wing-back.

The 24-year-old’s expertly taken finish to give his side a massive three points was just the icing on what was a complete performance and based on his recent form, there’s little doubt he’ll have Europe’s elite at his feet come summertime.

After the highs of the derby victory last weekend, Conte’s side were quickly brought down to Earth – first losing at home to Napoli in the Coppa Italia in the week before tonight’s defeat.

Once more the Nerazzurri failed to put in a complete display as they succumbed to a Lazio comeback in the second period. 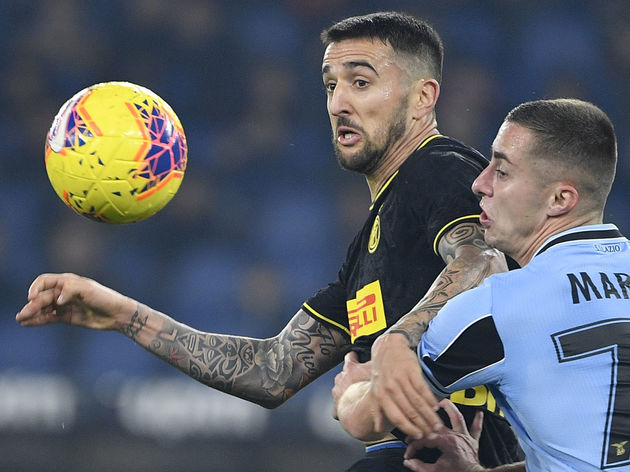 Overall, it wasn’t the worst performance by the visitors; they remained compact until the hosts took the lead, Immobile’s impact was limited in open play, while they were able to transition from defence to attack with relative ease. They certainly created enough to get a point from the Stadio Olimpico.

In the end, however, a soft penalty decision and their inability to clear a corner was ultimately Inter’s undoing on Sunday night and now they’re three points off Juventus at the top, with the momentum from the Milan Derby victory swiftly evaporating.

The former United man has enjoyed a bright start in Italy but this was undoubtedly his finest display.

With Milinkovic-Savic often occupying the right half-space, Young had a mightily difficult task and with Adam Marusic providing width, Young’s defensive capabilities were certainly put to the test. The Englishman passing with flying colours, however. Going forward he proved a threat as well, kickstarting the attacking transition that led to his opener in the first half – a finish that certainly made us think it was still 2012 and he was playing on Sir Alex Ferguson’s left-wing at Old Trafford.

Lazio travel to relegation-battlers Genoa next Sunday while Inter take on Ludogorets in the first leg of their Europa League round of 32 tie on Thursday evening.

The Nerazzurri then host Sampdoria in Serie A on Sunday night.