Sir Alex Ferguson, Arsène Wenger and Carlo Ancelotti are the only other coaches to reach that milestone in the Champions League, with only Ancelotti (84) winning more of those first 150 games than Mourinho (81).

Mourinho has also now drawn level with Ancelotti in terms of the most clubs managed in the Champions League knockout stages. Spurs, who lost to RB Leipzig in the first leg of their last 16 tie this week, are now Mourinho’s sixth different side.

Looking back through his personal Champions League knockout history, here’s how Mourinho has fared with each of his clubs over the last 16 years… His first knockout tie was against Manchester United and Sir Alex Ferguson. Porto prevailed 3-2 on aggregate after dramatically sealing progress with a late Costinha goal at Old Trafford that sent Mourinho infamously running down the touchline.

Given that this was his only Champions League season with Porto, Mourinho took Chelsea to the semi-finals in his first season there in 2004/05, falling to the Luis Garcia ‘ghost goal’ against Liverpool in a 1-0 aggregate defeat. Prior to that, Chelsea had beaten Barcelona and Bayern Munich in the last 16 and last eight respectively.

The following season, Barcelona took revenge on Mourinho’s Chelsea at the last 16 stage en route to lifting the trophy themselves. In 2006/07, it was another semi-final defeat to Liverpool, having earlier seen off Porto and Valencia in the previous rounds. 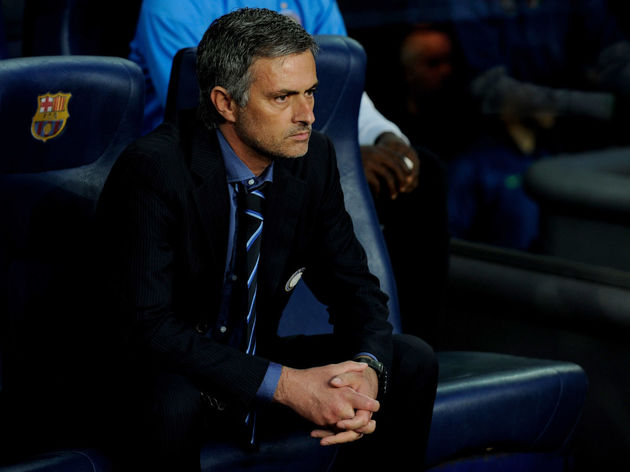 Mourinho’s next job took him to Italy and Inter, where he experienced a last 16 Champions League exit to Manchester United in 2008/09. But the following season he won it for the second time in his career, and as part of a historic treble with Serie A and Coppa Italia titles.

Along the way to glory he beat former employers Porto and Barcelona, as well as getting the better of former boss Louis van Gaal against Bayern Munich in the final. 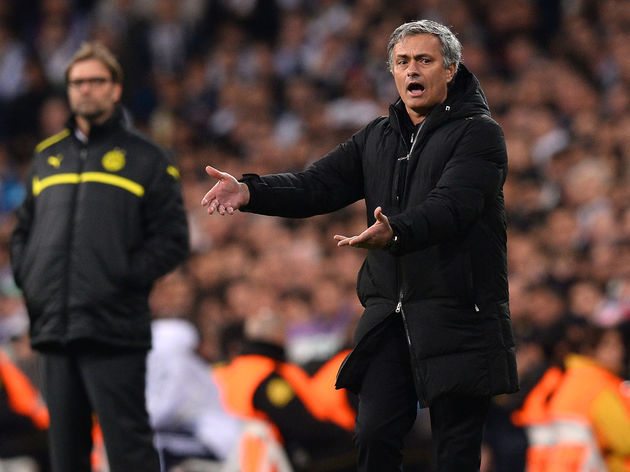 After the club had been knocked out at the last 16 stage six times in a row prior to his arrival, Mourinho consistently took Real Madrid to the last four every season he was at the Bernabéu, but crucially never further after falling at the penultimate hurdle three years in a row.

Each time, the semi-final defeat was against a different opponent, yet it perhaps stung no more than when it was Barcelona, later dubbed one of the greatest teams ever. Mourinho then fell foul of Bayern Munich and Borussia Dortmund, both of whom went on to lose their respective finals. Returning to Chelsea for a second spell, 2013/14 was a fifth consecutive season with a third different club where Mourinho reached at least the semi-finals. This time he was outfoxed by Diego Simeone’s Atlético Madrid, who won 3-1 at Stamford Bridge in the second leg.

A year later, Mourinho won his first Premier League trophy since 2006, but his Champions League streak was ended when Chelsea were knocked out at the last 16 stage by Paris Saint-Germain in a dramatic tie that was decided on away goals in extra-time at Stamford Bridge. Mourinho got Manchester United back into the Champions League by winning the Europa League in 2016/17, which had been his first season in Europe’s secondary club competition since lifting the trophy under its former UEFA Cup guise with Porto back in 2003.

United got to the knockout stages, as is the norm for Mourinho, but a dismal last 16 tie against Sevilla saw the Red Devils lose 2-1 at Old Trafford in the second leg. Fans fumed that it was only after going 2-0 down that the team showed any sort of impetus. Qualification for the 2019/20 Champions League knockout phase wasn’t all Mourinho’s doing after inheriting a Tottenham team from Mauricio Pochettino with only two group games to play, but they are now the sixth club he has managed at this stage of the competition.

However, to go any further Spurs must overturn a first leg defeat against RB Leipzig.