Inter are a household name in world football, so it’s hardly surprising that one of the greatest clubs on the planet has also played host to some of the game’s biggest superstars.

I Nerazzurri are a team steeped in history, have a bulging trophy cabinet and a roll call of top class footballers to boot.

Devising a top ten from all those stars is no easy task, considering the deluge of legends to choose from, but we’ve done the hard miles and the leg work for you in whittling the selection down to the best of the best. 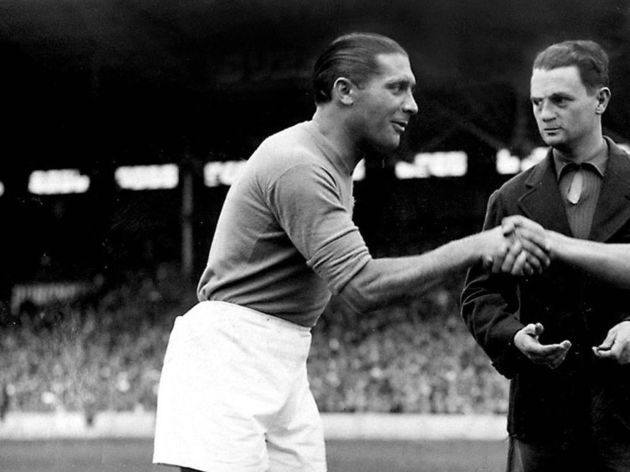 So good they named the stadium after him. In 1980, San Siro was renamed Stadio Giuseppe Meazza in honour of the Italian great. Mr Inter. Zanetti played in the famous black and blue for an unprecedented 19 years, making over 600 Serie A appearances for Inter in a career spanning over three decades.

The former full back is a club legend and record-breaker, with his 858 games for the club unrivalled. He also won an incredible 16 major honours during his time at San Siro.

The Argentine skippered the side for 15 seasons and the retirement of his number four shirt shows just how much of an impact he made in Milan. A one club man, the left back played his entire senior career with Inter, racking up an impressive 476 appearances and 59 goals from defence.

Facchetti was a key component of the ‘Grande Inter’ side. He played on the left of a back three in a team which won three Scudetti and two European Cups in just four years.

In the 1965/66 campaign, Facchetti reached double figures in the league, averaging nearly a goal every three games. Not too shabby for a defender, eh? The goalkeeper was considered the best in the world for three years on the trot but it was his final season with Inter that forever endeared him to the Nerazzurri faithful.

The German was the complete footballer ​and the definition of a box to box midfielder. When Matthäus landed in Milan, Inter were without a trophy in seven years.

But he soon put that right.

In his debut season, he quickly became the heartbeat of the Nerazzurri and adopted the number ten shirt, helping Inter scoop their first Scudetto in eight years.

A midfielder with the knack of scoring crucial goals, his match-winning performances for Inter would land him the greatest individual prize of them all – the Ballon d’Or in 1990.

Bergomi bled black and blue, the defender spent his entire career playing for Inter, ​an incredible 20-year stay which amounted to a staggering 756 appearances for the club.

El Zio, (the uncle) as he was affectionately known, was a commanding presence in the backline and skippered his beloved Inter for many years.

Remarkably, he only won one ​Serie A title but can lay claim to a hat trick of UEFA Cup winner’s medals and is the competition’s record holder for matches played with 96 to his name. Milito almost single-handedly won the ​Champions League final in Inter’s treble-winning season as he bagged a brace in a 2-0 win over Bayern Munich in 2010.

Following his arrival from Zaragoza, Milito was tasked with replacing Zlatan Ibrahimovic. Hardly an easy task, but thanks to his debut season heroics the Argentine wrote his name into Nerazzuri folklore.

The striker scored 22 goals during the league campaign,

No, not the Uruguayan hotshot with a sizeable appetite, but a Spanish midfielder who was the orchestrator behind Helenio Herrera’s ‘Grande Inter’ side.

‘El Arquitecto’ was a true artisan in the centre of the park, known for his fluid and elegant style of play. He was the forefather to Xavi, a deep-lying playmaker with an eye for a pass.

A Ballon d’Or winner with ​Barcelona, he became the world’s most expensive footballer when he switched to San Siro for

Clearly Inter has an irrepressible lure as Mazzola is yet another who spent the entirety of his playing days representing the Nerazzurri.

The attacking midfielder is seen as one of the greatest players of his generation, such was his guile, creativity and tendency to find the back of the net. He scored 158 times in 565 games during his illustrious career.

Mazzola was an integral part of the ‘Grande Inter’ team and even after those glory years he remained at San Siro to captain the side for seven years until his retirement in 1977. The original Ronaldo, a world beater and a true Inter legend. But don’t take my word for it, just ask his peers…

“Ronaldo during his first two years at Inter was a phenomenon.” – Paolo Maldini

“For me, Ronaldo is the greatest. He was as [good as] Pele. There was nobody like him. No one has influenced both football and the players who emerged as Ronaldo” – Zlatan Ibrahimovic

“Ronaldo was my hero. He was the best striker I’ve ever seen. He was so fast he could score from nothing and could shoot the ball better than anyone” – Lionel Messi

“The worst experience I ever had was playing against Ronaldo when we faced Internazionale in the 1998 UEFA Cup Final in Paris.