​Title chasers Inter take on relegation threatened Sampdoria on Sunday evening in the Serie A, as they look to get back to winning ways following a disastrous defeat to Lazio.

The loss to fellow title challengers Lazio would have been deflating for Inter, but they know that they have a great chance to get back to winning ways in a highly winnable game. 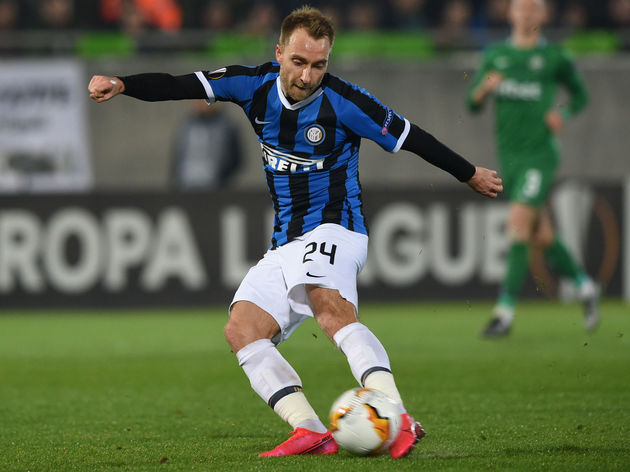 Sampdoria were on the end of a brutal 5-1 home thumping at the hands of Fiorentina last week, so will be equally desperate for a result.

Here is 90min’s preview of the game.

Antonio Conte is set to ring the changes from the side that played against Ludogorets on Thursday, but will still be without Ronaldo Vieira and Tommaso Augello are the two players who are likely to come in for the suspended pair.

​Inter have played Sampdoria 31 times, with the Nerazzurri leading the head-to-head with 18 wins to their opponent’s five.

Inter have won the last five games between the sides, with Sampdoria last claiming a victory back in April 2017 in a 2-1 triumph at San Siro. The last game between the sides ended in a 3-1 Inter win, with Sensi, ​Alexis Sanchez and Roberto Gagliardini all getting on the score sheet. Inter have been in pretty good form, and are enjoying a strong season in general. As mentioned before, the loss to Lazio must have been deflating, but they are well and truly still in the title race.

Sampdoria, on the other hand are in poor form, winning just one in their last five. Life gets no easier for them this weekend, and they know they will have to pull of something special to get a result.​ Inter should have too much class for Sampdoria, and the fact that they will be desperate to bounce back from last weekend’s loss will also be a contributing factor.

As well as that, Sampdoria have shown a tendency to roll over in the bigger games – losing 5-1 twice in their last five games. As a result, a comfortable Nerazzurri victory is on the cards.