​The world can be a cruel, cruel place sometimes. As one of the fiercest and most exciting three-way title races in history was beginning to bubble away, it has just as quickly come to a grinding halt.

Juventus, Lazio and Inter are separated by only six points at the top of Serie A, with the latter holding at least a game in hand on their rivals. We were all bracing ourselves for the mouth-watering prospect of Maurizio Sarri’s Bianconeri and Antonio Conte’s Nerazzurri going toe-to-toe  in Turn this weekend.

But it is not to be. Serie A officials have confirmed that at least five games in the Italian top flight will be postponed – including the weekend’s super-match – and will be played at a later date. But why has this happened?

Here’s a look at the chaos ensuing in Italy.

Why Are the Games Postponed? Although cases of coronavirus are relatively few and far between in the United Kingdom, Italy has seen a dramatic surge in the number of confirmed cases in the north of the country, and there have been at least 17 deaths recorded thus far.

Nearly 900 people have been infected with the CIVOD-19 virus in Italy, with the areas of Lombardy and Veneto particularly affected. As a result, the Italian FA suspended several games in the north of Italy last weekend to slow the spreading of the virus, and declared that five games this weekend must be played behind closed doors.

But a further announcement was made on Saturday morning, deeming that the matches must be postponed, due to serious risks to the health and safety of the Italian citizens.

Which Games Are Affected? The five matches which will not take place this weekend are: ​ and the big Sunday evening title clash between ​Juventus and Inter.

When Will the Fixtures Be Played? ​All rescheduled matches will be played on ​Inter 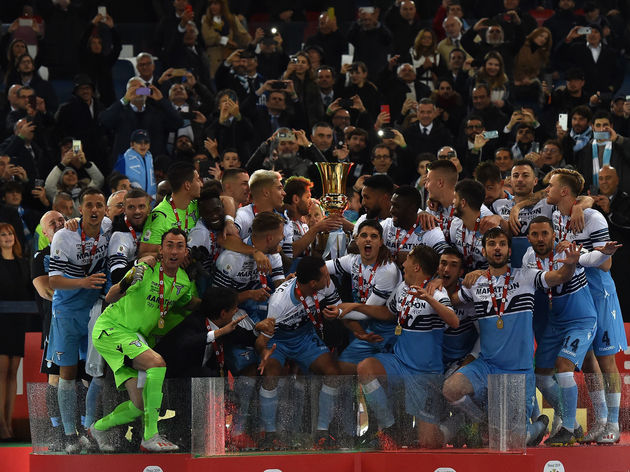 Yep, bold heading, you’re absolutely right. Wednesday 13 May was supposed to be the date for the Coppa Italia final, but given that completing all the league fixtures is the main priority, the Italian FA has decided to move the final to Wednesday 20 May.

The venue has also been changed, and the big finale will take place at San Siro in Milan, and not at the Stadio Olimpico in Rome.

​When Will the Season End? Due to the looming ​Euro 2020 summer tournament, there is little wiggle room to extend the season at all. The Italian FA is still hopeful that Sunday 24 May will be the final day of the Serie A season – provided that the coronavirus does not disrupt the football calendar any further.