​The whole of Italy woke up on Saturday morning with a smile. Work was done and dusted for another week, the sun was shining (in the south) and Serie A was back.

More specifically however, another top-of-the-table clash was set to take place on centre court on Sunday evening, as heavyweights Juventus and Inter prepared to lock horns in a match which could have decided either side’s fate. But due to the sudden outbreak of the Coronavirus in Italy, the fixture was first reduced to being played behind closed doors, and then the news hit on Saturday that the two sides would have to wait until 13 May for their date with destiny.

Postponed. One of the worst words in the football dictionary. Nine letters which make your heart sink, and strip all meaning and joy from your weekend. Morning cappuccinos were simultaneously spat out

But fear not, amici. Amid all the panic and disappointment, a giant crumb of comfort has emerged. In fact, it’s not even a crumb. It’s a giant biscotto of joy.

Sunday’s mammoth clash has been pushed back, and it’ll now be the penultimate match of the season. That’s right everyone. A potential winner takes all duel between two of Italy’s biggest teams. 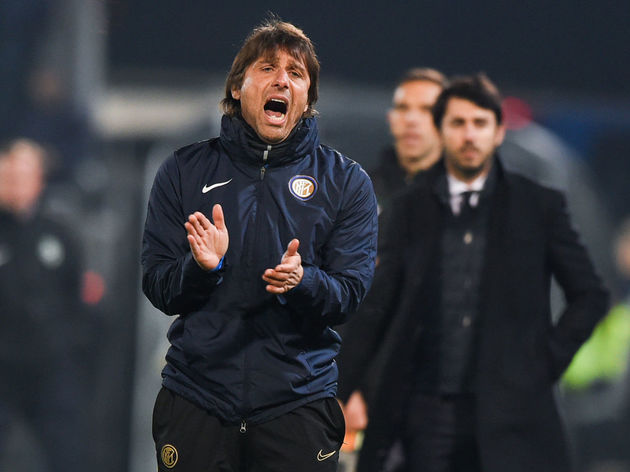 And despite Lazio’s attempts to upstage and wrestle the microphone away from their opponents, the story has always been about Juve and Inter. Let’s be honest. It’s Sarri vs Conte. ​Cristiano Ronaldo vs ​Romelu Lukaku. Two old foes, ready to dust off the boxing gloves and step into the ring once more.

Conte, the ​ex-Juve player and coach, could also win the Serie A title in Turin, for his former arch nemesis. Sarri, the man brought in to provide a new style to the Old Lady, would be out of a job quicker than he could chew through a cigarette butt.

And then, there’s the possibility of a Juve-Inter double header. The duo are halfway through their two-legged Coppa Italia semi-finals, and a place in the grand final awaits them. I Bianconeri must overcome ​Milan, whilst Inter must overturn a one-goal deficit against Napoli, but positive results would see the pair reunited only a week after their league shootout.

On the other hand, Inter could completely bottle it over the coming weeks and fall further behind, Lazio may drop off a cliff and Juve might grind out enough wins to put the title beyond doubt before their rescheduled fixture in May.

But where’s the fun in that, then?