And he couldn’t be more right.

The whole world has been thrown into chaos by the coronavirus, and no European country has been more affected than Italy. There have been more than 10,000 confirmed cases across the nation, with over 600 deaths.

But in a country where football is as important as religion and nonna’s home cooking, calcio has fought the good fight. But even that has come to an end.

Football has been cancelled – until April 3 at least. Given the dramatic events unfolding at the top of Serie A, it’s a real gut-wrencher. ​Juventus and surprise dark horses Lazio are separated by a solitary point in the fight for the scudetto, and the entire nation was ready to witness one of the greatest title races in recent history.

But alas, it has been whipped out from beneath our feet. Theories on how to fairly end the season are being bandied about, with a title playoff one supposed option.

Here at 90min, we think we can do better than that. Here are some alternative ways to sort out the Serie A title this year.

Who doesn’t love a FIFA tourno? How about the top four teams calculate their average starting XI, and the most used stars must all control their FIFA-selves in their usual positions and formation.

A mini-league will be created, and each team plays their opponents twice, with the winner claiming the Serie A trophy. Fair, right?

And no Juventus, you can’t ‘turn off’ the referee. Five-a-side football is brilliant. Hotly contested, full of tricks and flicks and people accidentally running into walls. What’s not to like? The top four in the league must choose a five-man squad to face their opponents in a round-robin tournament, with the ultimate winner getting the scudetto.

Curveball – Each club can nominate a player from their opponents’ squad to make up the sixth man in that team, and the chosen player must play every minute of the competition. Everyone knows that goalkeepers have hands like frying pans – so they’ve probably all got pretty big thumbs. Let’s put that brand new and irrelevant theory to the test – in the form of a thumb war!

For those who have never experienced the thrill of a thumb war, it’s kind of like an arm wrestle… but with your thumbs. Every team in the league must nominate their number one shot-stopper to compete in said battle, and each goalie will face all 19 opponents twice on the same day. ​

A league table will be drawn up, and a winner will be chosen. Should the two leading thumb-ers be neck-and-neck at the end of the competition, then the goalkeeper with the shortest thumb of the duo will be named the champion. 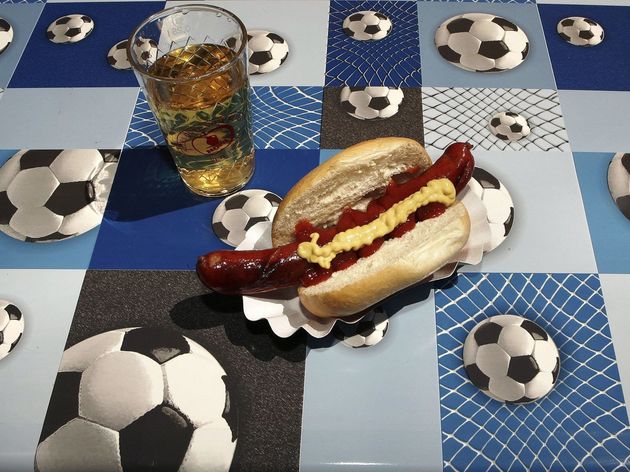 Pizza – along with pasta – is the greatest invention on the planet. And the Italians invented both of them. So how about we take them out of their comfort zone and present a real challenge in the form of a hotdog-eating contest?

Each club in the league nominates a four-man squad to tackle an endless lunch service, and the team which ploughs through the most hotdogs is crowned champions of Italy.

Watch out for ​Gonzalo Higuain in this one – just like his finishing, he knows how to tuck it away.

Mascots are at the heart of every club. The young supporters love them, and the older (and mainly drunk) fans take a weird shine to them too. Without mascots, would football exist? Probably.

But let’s thrust them into the spotlight by lining them up, and making them run 100 metres. It’s one of the more logical ideas that has been brought to the table. The league rankings will be decided 1 to 20, depending on where your mascot finishes in the race.

Lazio’s mascot is a literal eagle, so I’m not sure if that would prove to be an advantage or disadvantage, really. Forget it, ​Ronaldo has this one in the bag already.

It’s often said that footballers aren’t given enough credit for their intelligence, so let’s put that to the test. Each squad is presented with a 10,000 piece jigsaw, depicting themselves lifting the Serie A trophy. The team who is able to piece it together first is obviously the winner. ​ So, apparently this is a real thing. ​People go head-to-head and cover themselves in real, live bees, and the person who can stand the stinging for the longest is the champion. Let’s give this one a bash then. Each team nominates the biggest nutter in their squad to wear the bees, and the man who is left standing shall earn his team the title. Footballers ​love a sing-a-long, and they get enough practise during their humiliating initiations. But who has learned the most from the gruelling entrance exam? One star from each squad sings a song of his choice in front of a panel of five judges, and they earn a score out of 10.

The winner is the man with the highest score at the end of the tournament, but should two players be tied at the top, they must hit each other over the head with a microphone until one gets too tired.

Or they each sing another song, but that’s still up for debate. “Footballers live very privileged and sheltered lives, and I bet they don’t even know how to use an iron.”

Oh really? 20 ironing boards, an entire basket of clean laundry, a whole lot of creases and one hot iron. Let’s get on with the show.