“We hope that the season can be concluded as planned, because if we do resume on April 3, there are certain windows to make up for these postponed games,” said Gravina.

“I took it upon myself to launch the idea of play-offs and play-outs, helping to respect the values of sporting competition. It would involve the four top teams in the play-off for the Scudetto and the last four in the play-outs to decide relegation. 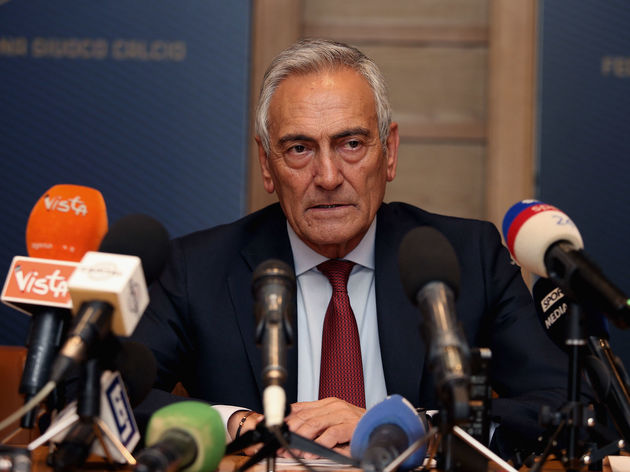 “The FIGC will then indicate to UEFA who will participate in the European competitions next season,” ​Football italia reports.

“It was a sad meeting, because we are aware that we’ve taken away something that makes Italians happy and can distract them from the current situation, but we had to show great responsibility in this decision.”

How Would it Work?

If Gravina’s plan is put into action, then ​Juventus, Lazio, ​Inter ​and Atalanta would all compete against one another in a playoff to decide who ends the season as champions. It’s unclear whether the tournament would be in a round-robin style, with each team playing every opponent, or in a semi-final to final format. The same goes for the relegation candidates, meaning three of Brescia, Spal, Lecce and Genoa would drop into Serie B. This theory will raise serious question marks, however, given that Atalanta are closer to fifth-placed Roma (three points) than league leaders Juve, who boast a 15-point advantage over la Dea.

And there are no doubts that Genoa will feel hard-done-by with this system, since bitter rivals Sampdoria sit only one place and a single point above them, yet they would escape all possibility of the dreaded drop.

Plenty of creases to be ironed out, then.

Are There Any Possible Alternatives?

One option would be to simply void the entire league, meaning no one will be assigned the scudetto, and presumably all 20 teams would begin next season in the top flight. Another alternative would be to accept the table as it is after round 26, handing Juventus the title and condemning the current bottom three to relegation. Once again, this would likely cause an uproar around the teams involved in the title race and relegation scrap, and it is seen as an unfavourable outcome – especially considering some teams have not even played 26 matches yet.