Now that football is almost completely cancelled, what on earth do we do with our weekends?! Well, I imagine plenty of us dusted down the old FIFA 20 disc, blew the cobwebs off our controllers and settled in for some spirit-breaking hours of frustration and despair.

Everyone knows that Serie A is the real place to be! I mean, there’s Cristiano Ronaldo, for crying out loud. And here’s a sneak preview to get you hooked… he may have made it into our TOTS. Maybe.

At this moment in time, it’s pretty tough to predict what the finished squad will be, given that there should be plenty more games for our superstars to turn themselves into heroes or villains.

​But we thrive on a challenge here at 90min, and so we’ve had a crack at predicting a full Serie A Team of the Season. Just for you. 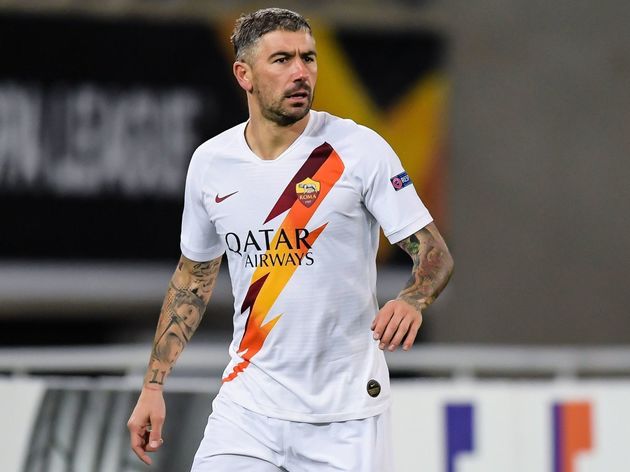 ​Hans Hateboer (RB) – Hateboer has already earned an 86-rated ShapeShifter card this season, and given the lack of competition at right-back, FIFA may turn to the Dutch defender to occupy that spot.

Stefan de Vrij (CB) – ​Inter’s standout defender this season, De Vrij has already been picked in two Team of the Weeks, and with 70 pace on his 87-rated card, he will be an exciting prospect in the TOTS squad.

Matthijs de Ligt (CB) – He may not have made a great start to life in Serie A, but De Ligt has grown to prove himself as one of the best defenders in the league. And EA Sports absolutely love him. ​Radja Nainggolan (CM) – FIFA love giving Nainggolan the big-money cards, and his early season form may have been enough to secure him a place in the TOTS midfield. Prepare yourselves for the return of the best all-round midfielder on the game. Gianluigi Donnarumma (GK)​ – The Milan goalkeeper has already picked up two in-forms this season, and he may be a cheaper alternative to the first-choice shot-stopper.

Chris Smalling (CB) – A dark horse candidate here. Smalling has already benefitted from the winter Headliners upgrades, but once upon a time he was the most overpowered player on the game. Will FIFA take us on a trip down memory lane with the Roma centre-back?

Theo Hernandez (LB) – FIFA won’t be able to resist giving Hernandez a TOTS card. The full-back has been brilliant this season for ​Milan, and already possesses one of the most exciting cards on the game for a defender.

Fabian Ruiz (CM) – ​Napoli’s Spanish sensation Fabian Ruiz has not had his most memorable of campaigns, but he has certainly impressed in flashes for I Partenopei. A potential wildcard in the TOTS. Federico Chiesa (RW) – It’s not been a particularly memorable season for Chiesa this year, but the Italian also tends to be rewarded with a TOTS card at the end of each season. He may have just done enough this time round.

Romelu Lukaku (ST) – It’s a toss-up between ​Lukaku and Lautaro Martinez for a place in this side, but the big Belgian just about shades it for his consistent goalscoring over the campaign.

Lorenzo Insigne (LW) – It’s not been a great year for Napoli this season, but Insigne has stepped up to the plate as their captain. Nicolas Nkoulou (CB) – The Torino defender has earned two special cards this campaign, and his decent pace could make him an excellent cheaper TOTS card to test out.

Manuel Lazzari (RM) – An unsung hero in a Lazio team gunning for title success, Lazzari has been a consistent star on their right flank.

Lucas Leiva (CDM) – Another top performer for Lazio this term, Leiva has gone about his business at the centre of the pitch very quietly. He may not be a popular card because of his lack of pace, but he deserves the recognition. Fabio Quagliarella (ST) – This old man loves to score goals. He may not have the speed that you crave, but boy, does he know how to finish.

Francesco Caputo (LW) – The striker has been in great form for Sassuolo this year, picking up two in-forms over the course of the campaign. He can also play on the left, so FIFA may opt to choose Caputo as their low-budget winger.