Who loves a good old-fashioned online mass brawl? You do? Oh jolly good.

Because here at 90min, we’ve conjured up one of the most controversial series in football history, which even caused an in-house bust up at our headquarters.

But we persevered with the matter at hand, and several black eyes later, we came up with a lineup of the greatest Serie A XI of all time – but with the caveat of picking only one player per club.

Some giants of the game have missed out, we will warn you now. Honorary mentions go to the likes of Michel Platini, Ronaldo, Cristiano Ronaldo, Zinedine Zidane, Daniele De Rossi – well, you get the point.

It was by no means an easy decision.

One conclusion can be drawn from this all-time Serie A XI however. They would win any competition hands down if it was based on which team had the best collective head of hair. Some absolute beauts in here.

Without further ado, let’s get down to it.

The first shock hits our readers’ eyes – no Gianluigi Buffon. Sorry Gigi, but that Juventus space is needed elsewhere. And yes, Dino Zoff played a lot of his career with the Old Lady, but he shot to fame firstly with Udinese, and then with now Serie D side Mantova.

Zoff spent four seasons with Mantova, and it was here that he received his first international call-up, and he quickly went on to become one of the greatest goalkeepers in history.

He is also the oldest ever winner of the World Cup, captaining Italy to success in 1982 at the age of 40 years, four months and 13 days.

A powerhouse at right-back. Lilian Thurman burst on to the scene in Italy with Parma, and he was part of the famous Crociati side that won the 1999 UEFA Cup.

His energy was contagious, and his blistering pace and terrifying strength meant he could bomb up and down that flank for eternity, if he fancied it.

Thuram left Parma after five seasons to join Juventus – as everyone does – and went on to have an incredibly successful career.

An ​Inter legend. Giuseppe Bergomi made over 750 appearances for I Nerazzurri, winning the Serie A title once and lifting the UEFA Cup on three separate occasions.

The tough centre back is often referred to as one of the best defenders of all time, and he also featured for Italy more than 80 times.

Bergomi looks more like a character from the board game ‘Guess Who?’ but I wouldn’t say that to his face.

Alongside Bergomi is Alessandro Nesta. The pacy and graceful centre back looked destined to become a Lazio legend, until financial problems meant he was forced out of the club.

He went on to do alright at Milan, in fairness. Nesta was a commanding defender, who could read the game brilliantly and cope with every style of striker he came up against.

A superstar of his era.

Possibly the greatest defender ever? Some may agree with that statement, others would half-heartedly shake their heads. But one thing is for sure, Paolo Maldini remains one of the best full-backs of all time.

A grace, a poise, and a fantastic head of hair, Maldini ticked all the boxes to become a Serie A legend, and he served his entire career at ​Milan, making over 900 appearances for I Rossoneri.

A versatile defender, Maldini strolls fashionably into our left-back spot.

A member of the brilliant but tragic Grande Torino side which bossed Serie A in the 1940s, Valentino Mazzola lines up on the right side of our midfield. ​The Torino star could play in a variety of attacking positions and was ruthless in front of goal, scoring 118 goals in 195 matches.

Sadly, Mazzola lost his life in the plane crash which killed the entire Torino side in 1949. Heartbreaking.

Yeah, we get it, Andrea Pirlo had better spells at Milan and Juventus. But it was at Brescia where he made a name for himself as one of the brightest prospects in Italian football. Pirlo’s ability to orchestrate a game was evident from a young age, and it was Inter who took a chance on him in 1998.

From that moment on, he dominated every midfield he faced with his mesmerising passing abilities and went on to win just about every trophy possible at elite level. A class above the rest – and some great hair, too. ​

Napoli’s most iconic player in their history, there was only going to be one name here. And another top barnet. Diego Maradona arrived from Barcelona in 1984 and in the next seven years he became a God in Naples.

Possibly the greatest player to have ever lived?

Sorry to shunt you out to the left Bobby, but needs must. One of the most gifted footballers in history, Roberto Baggio occupies our left flank (but he’ll be drifting into a central role when possible, I suspect).

Baggio spent only one season at Bologna, but in that campaign he managed 22 goals, his best ever tally throughout his career. The magician was reborn. 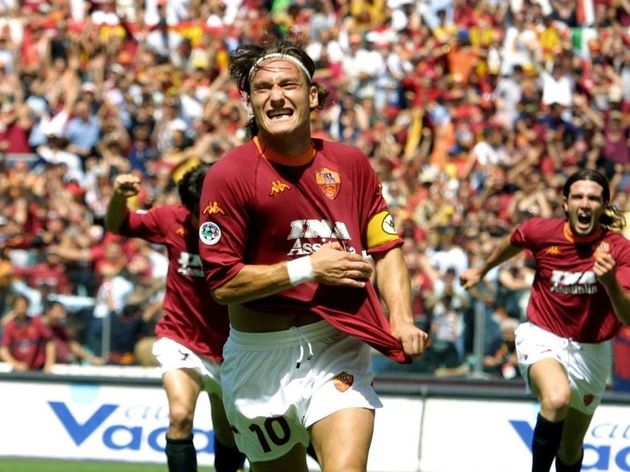 Another one-club man for the list. Francesco Totti is Roma, and frankly, I couldn’t have lived with myself if I didn’t crowbar him in somehow.

But don’t get me wrong, Roma’s number ten deserves his place on this list. A magic player who could see through walls and round corners, there was always the element of surprise with Totti.

And he pulled the rabbit out of the hat for Roma on countless occasions over a career that spanned almost 25 years. In that time, he became Serie A’s second highest scorer, bagging 250 goals for I Giallorossi. 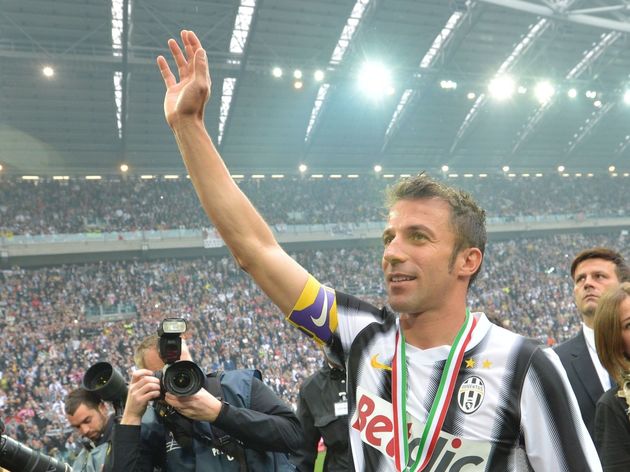 Did you really think we would create one of these teams with a ​Juventus star among them? Of course not! Step forward, Alessandro Del Piero! The Italian striker spent almost 20 years in Turin, and in that time he became recognised as one of the world’s biggest superstars.

Del Piero could score every type of goal, cutting in from the flanks to fire home from distance, or clinically tucking the ball away when bearing down on the goalkeeper.

The man had everything in his locker, and even when injuries threatened to derail his career, he rebuilt his playing style and bounced back to be one of the very best in the business. What a striker. And what a team.