​Manchester United have been tipped to move for Inter centre-back Diego Godín this summer, with the Uruguayan’s spot at San Siro coming under threat in recent weeks.

The 34-year-old only joined Inter in the summer, but he has started just 12 Serie A games this season, with manager Antonio Conte instead preferring 20-year-old Alessandro Bastoni. 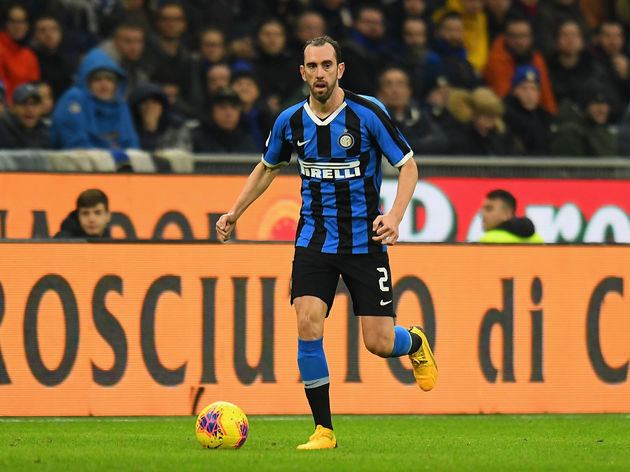 According to Corriere dello Sport (via the ​Daily Mail), the plan is to keep Bastoni in the team in the hope of seeing him blossom into a star, and with Milan Skriniar a guaranteed starter, there isn’t really a place for Godín anymore.

There were already doubts over Godín’s fit in Conte’s 3-5-2 system, with some suggesting he does not have the athleticism to succeed in such a formation.

Last week, a report from ​AS revealed that ​Inter were already considering axing Godín, and the defender himself may be interested in leaving.

His search for first-team football could lead him to long-term admirers ​United, who were one of several sides keen on recruiting Godín last summer. It is thought that the Red Devils are open to reigniting their interest, with Ole Gunnar Solskjaer keen on adding some more experience in defence.

The likes of Phil Jones, Eric Bailly and even Victor Lindel