​Some teammates are so synonymous with each other it feels wrong mentioning one without the other.

Xavi and Iniesta. Ferdinand and Vidic. Heskey and Owen. Just three examples of when such a  pairing cements itself into the footballing vernacular.

In stark contrast, some teammates just do not look right together. So much so that when an image of them wearing the same shirt pops up on your phone, you perform a double take to make sure it’s not one of your mates playing a prank on you.

We feel it is important at this point to promise that there is no Photoshop related trickery contained in the forthcoming article.

Each and every one of the unlikely duos listed below genuinely played together at some point… as hard as it is to believe in some cases. By the time Robert Pires joined Aston Villa at the start of the 2010/2011 season his best years were very much behind him. stratospheric.

This was Young’s final campaign at Villa Park before sealing a £17m move to ​Manchester United and what better way to spend it than in the company of a ​Premier League legend?

Pires spent the majority of the season playing in a number 10 role, with his fleet footed colleague operating down the right hand side as the Villans secured a ninth placed finish.

Liverpool’s ex-RMCF Fabinho: “Could I have signed at PSG in 2017? Yes. Do I regret? No. A regret for not having succeeded in winning at Real Madrid? Yes… Was I approached by Real Madrid last summer? No.” pic.twitter.com/Rzki7mX8vL ​Louis Saha has been around the block a few times, playing for Fulham, Manchester United and ​Everton among others.

Saha did not quite manage to reach the same heights, netting just once during his time at St. James’ Park. ​The only African player to ever win the Ballon d’Or, George Weah had a career filled to the brim with highlights.

However, the cream of the crop must have been his two month spell playing with a teenage Shaun Wright-Phillips at ​Manchester City.

Should Wright-Phillips ever desire a career in politics he should give his former teammate a call. You know, given that’s he’s now President of Liberia. ​The often ​underappreciated Mikael Silvestre had a single season stint at ​Inter, before rejecting Liverpool to sign for Manchester United in 1999.

While he was there, a striker by the name of ​Ronaldo Luís Nazário de Lima ​Prior to establishing themselves as superstars, Pierre Emerick Aubameyang and ​Eden Hazard briefly shared a changing room at Lille.

While Hazard started to shine during the 2009/2010 season, Aubameyang – who was on loan from ​Milan at the time – found things more challenging.

The Gabonese striker only managed two Ligue 1 goals all season – an utterly unthinkable tally given the goalscoring form he has showcased since. ​After an utterly bizarre stint at Notts County and a fleeting return to ​Arsenal, Sol Campbell saw his career out with Newcastle.

While on his welcoming tour of St James’ Park, Campbell would have likely come across a massive Geordie bloke with luscious long hair. At first glance ​Serge Gnabry and Darren Fletcher seem to be from two completely different footballing eras. The thought of them being teammates is a strange one.

Unsurprisingly the flair-centric talents of Gnabry rubbed the work rate-obsessed Pulis up the wrong way, with the Welshman boldly claiming that he was not good enough for the Baggies starting XI.

I wonder if he watched the Tottenham vs ​Bayern Munich game this year and thought: “Ah, that was good. But Chris Brunt is still better.” 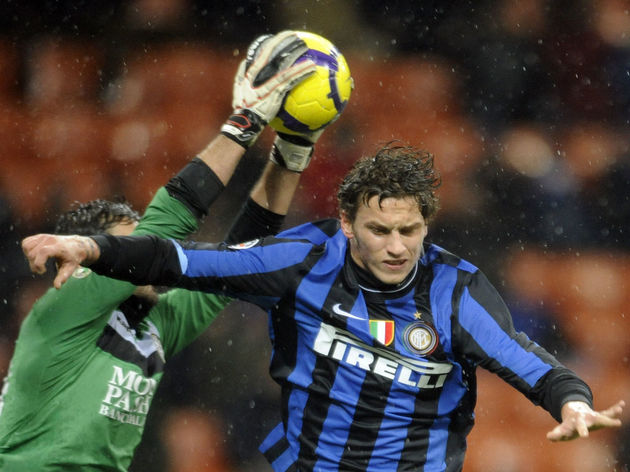 With these two hell raisers in the dressing room, it is nothing short of a miracle that Inter managed to win a Serie A and Champions League double during the 2009/2010 season.

To be fair, Arnautovic barely played with José Mourinho claiming that he had an ​”a​ttitude of a child.”

​Shkodran Mustafi cut his teeth in Everton’s youth ranks, learning the art of the defensive blunder from the likes of Phil Neville and Tony Hibbert – sorry guys, that’s harsh.

His only ever senior appearance for the Toffees came in the Europa League against BATE Borisov.