The 34-year-old only joined the Nerazzurri at the beginning of the season but he could be convinced to depart San Siro after spending time in and out of the first team this term. 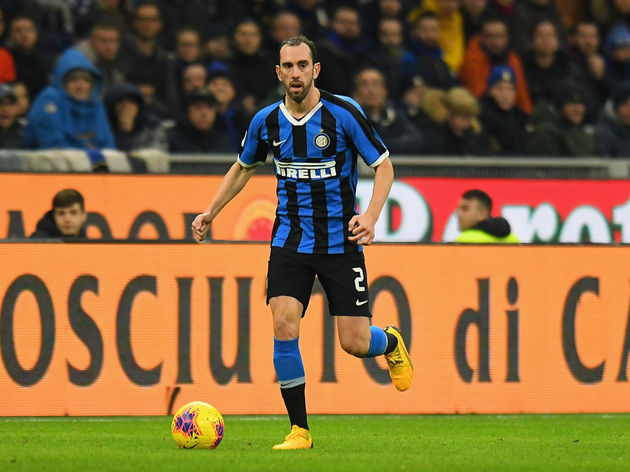 According to the Mirror, Jose Mourinho has earmarked the Uruguayan as the man to tighten up Spurs’ leaky defence. Prior to the Premier League’s postponement, Tottenham had conceded 40 goals in 29 games – the joint worst total in the top half of the table.

Before making the move to ​Inter, Godin carved out a reputation as a fearsome, no-nonsense defender with Diego Simeone’s stoic ​Atletico Madrid side.

During his time in the Spanish capital, the centre-back was part of the Rojiblancos team who lifted the ​La Liga trophy in 2014 and also reached two ​Champions League finals.

Mourinho has long been an admirer of his talents, attempting to sign him when he was in charge at Old Trafford back in 2018. Godin appeared to use United’s interest as a means to secure improved terms at Atletico, but that does not seem to have deterred Mourinho from pursuing his signature. The news of Spurs’ interest comes several days removed from reports that Ole Gunnar Solskjaer is also monitoring the centre-back. The Red Devils spent big on their defence last summer – with Harry Maguire and Aaron Wan-Bissaka arriving for a combined fee of around £130m  – and they had been expected to ​prioritise offensive recruits this time around.

​Jadon Sancho, Jack Grealish, James Maddison and ​Harry Kane have all been linked with moves to United, but as Godin could be available for a modest fee, Solskjaer could yet be tempted into making an offer.

It is understood that Spurs and United could also face competition from Valencia for Godin’s services, though it’s unknown whether or not he’d consider a return to Spain.