​Olivier Giroud has admitted he saw himself ‘far away from Chelsea’ during the January transfer window, as it looked set in stone he would depart the club in a bid to secure regular first team football.

Frank Lampard’s preference to field Tammy Abraham in the lone striker role had left the Frenchman without regular football, making a mid-season exit a likely prospect.

Even when injury left Abraham out of the starting lineup, Michy Batshuayi was often called upon to fill the void, and Lampard risked sounding like a broken record every week by constantly reminding reporters he was unhappy with his forward options.

With no January reinforcements incoming, however, ​Giroud eventually got the nod in attack and (shockingly) proved he’s actually a decent striker with a couple of ​Premier League goals in three consecutive starts. That prompted Lampard to retain the 33-year-old’s services beyond the window, even when it looked nailed on he’d bid farewell to west London.

“In January, I saw myself far away from Chelsea,” Giroud told ​Telefoot. “I saw six complicated months ahead of me. That’s why I had the desire to change scenery. I tried to leave in January. It was all done, but in the end Chelsea didn’t want to let me go.”

There is no doubting Giroud’s quality – even towards the twilight years of his career – and that was clear with the calibre of sides eager to secure his signature. Serie A and Premier League sides were on the lookout, but it was Inter’s interest that piqued the striker’s attention the most. 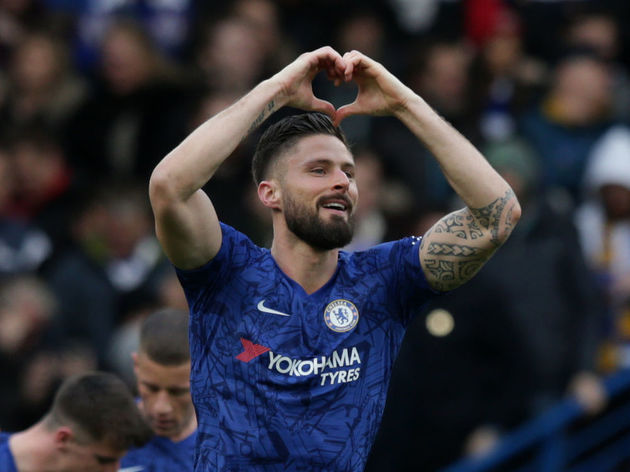 “Everyone knows that Inter’s sporting project was the most interesting for me. Them aside, Lazio and Tottenham also looked at me. ​Chelsea