The Nerazzurri looked set to launch a serious title charge until they decided to bottle it prior to the postponement of the league following the coronavirus outbreak.

Nonetheless, going forward the future looks bright for ​Inter. With that in mind, we’ve compiled a list of some of the high-profile stars currently out on loan and ranked whether we believe they have a genuine future at the club. It seems a bit odd to be debating whether ​Icardi will ever make it at Inter, because the fact of the matter is – he already has.

Inter’s eighth all-time top goalscorer and top scorer in each of their last five seasons, you can probably guess that Icardi’s performances on the field aren’t the issue here.

The Argentina international has been at the centre of a whole host of off-field issues (if you’re not sure what I’m talking about, go google ‘Mauro Icardi and Maxi López), and was stripped of the Inter captaincy last season before refusing to travel for the club’s ​Champions League clash with Rapid Vienna.

Last summer the Inter Ultras released a statement confirming Icardi “cannot be part” of the club due to his poor attitude and that was that. Icardi was shipped off to PSG where he’s actually performing quite well. But it’s fair to say, whether he moves to Paris permanently or not, we’ll not see him in an Inter shirt again.

Likelihood of making it at Inter/ever playing for the club again: 0/10 Once dubbed the future leader of the Inter frontline, things haven’t quite panned out for Longo as he’d hoped.

Despite a stellar youth career, the former Italy Under-21 forward has found himself shipped out on loan EVERY SEASON since signing his first professional deal with Inter in 2011.

The 28-year-old journeyman has already amassed a total of 12 clubs in his nine-year career. He’s bagged 33 goals in 171 appearances in that time, although has never been re-signed by a club or spent more than a year at a club. He’s made just one senior appearance for Inter, something tells me he’s probably not going to be starting alongside Romelu Lukaku next year.

Likelihood of making it at Inter: 1/10 The wide man is currently out on loan at ​Newcastle having failed to impress new boss Antonio Conte in a right wing-back position.

Having made his name following a stellar season at Hertha Berlin, the Austria international secured a £20m move to Inter but made just six appearances before being shipped out on loan. First team appearances having been fleeting at St. James’ Park, with Lazaro making just four appearances despite the Tynesiders having a number of injury problems.

Since Lazaro’s departure, Conte has strengthened by bringing in former Premier League boys Victor Moses and Ashley Young, meaning competition for places is hotter than ever in the wing-back role.

Lazaro’s time at the San Siro looks to be about to come to an end.

Likelihood of making it at Inter: 2/10 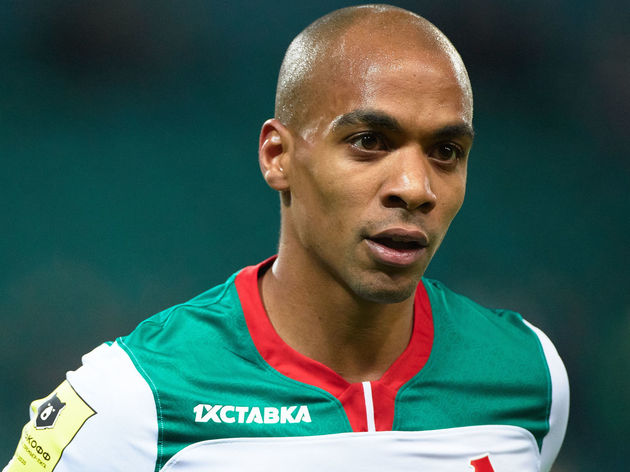 It’s been a turbulent time for

The Portugal international again found himself heading for the San Siro exit door upon the arrival of Conte, but a move to Russian side Lokomotiv Moscow hasn’t panned out as hoped and the 27-year-old has yet to make an appearance.

Likelihood of making it at Inter: 2/10 Another regular at Inter under previous regimes who fell foul of the Conte swinging axe.

Since signing for the club in 2015 from ​Bundesliga side Wolfsburg, Perišić has established himself as a regular in the starting XI, missing just 11 league games in four seasons at the club. A healthy return of 37 league goals in that time has seen him develop a good rapport with the fans.

However, upon the appointment of Conte in May 2019, Perišić soon found himself out the door.

Such is the embarrassment of riches at the Bundesliga champions’ disposal, Perišić has struggled to cement his place in the first team and a San Siro return is looking likely- a San Siro stay, not so much.

Likelihood of making it at Inter: 3/10 Finally, a player who may have a future under the cutthroat Conte regime.

The reason for Nainggolan’s loan move to Cagliari last summer isn’t entirely clear, having been an ever-present for Inter last season following his big-money move from Roma.

Nevertheless, the Belgium international is performing well at Cagliari and his versatility is something Conte will not doubt consider to be an asset when he returns in the summer. With two years remaining on his current deal, Inter will be in no hurry to move him on.

Likelihood of making it at Inter: 7/10