This week you may have seen that we at 90min were so bored in isolation without any live football to watch, that we decided to do our very own greatest footballers of all time draft.

And if you didn’t, check out how it went down ​here.

So who won the draft? Who built the greatest GOAT team of all? Well, that’s what, over the next few days, we’re going to find out. On ​90min’s Twitter you – yes, you, lying in your bed with bread crumbs all over his pyjama bottoms – will get have the chance to make that decision for us over the course of the next few days.

But before that, we all need to do some canvassing.

We all need to make sure you all fully aware of the brilliance of each of our team’s (except for Jack’s, his team is sh*t).

So here’s the first – and the pick – of the bunch. A team made by Ben Haines with one simple thing in mind:

‘Is it possible to start a greatest ever XI draft defence first? Yes. And it means you get Paolo Maldini.’

Yes, it was a different game, a different era, but Gordon Banks and that save are rightly considered by many the greatest of all time.

Get that blue keeper top on, and get in the sticks.

His name was Cafu.

He was like a god walking among mere mortals. He had a cross so beautiful it made Brazil’s attacker purr, and he occupied the Brazil right back slot so beautifully he made others look like hoboes. 67 minutes on the clock Pique is hit by a lighter, thrown from the stands and begins to pull the sort face that suggests a pained agony as if he’d been struck by an asteroid. Pique struggling to even stand, such was the pain, using every last morsel of energy he can muster to raise the lighter toward the referee. Puyol strides in, grabs the lighter, slings it off the pitch, bollocks Pique and fronts up ready to defend a Real Madrid corner.

Concentration, aggression, no nonsense, elite leadership and one of best to ever do it. In you go at centre back buddy. 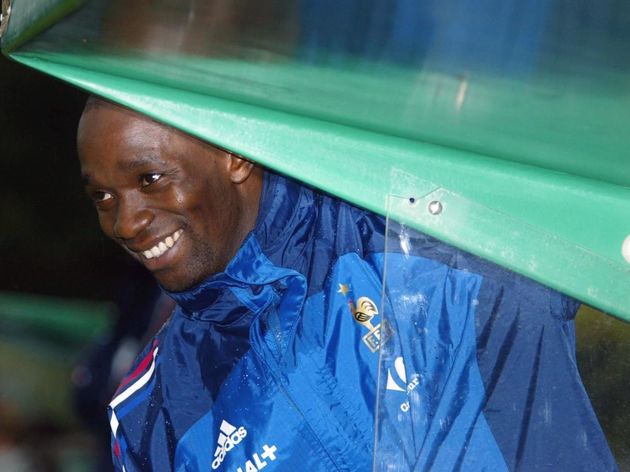 On the Y axis, a balanced potion of industry, hunger, positional awareness and stamina.

1990 World Cup Paul Gascoigne sits proudly at the apex of the bell curve. The tragic beauty of Paul Gascoigne as a player is two fold.

Firstly that both his time at the top of the curve was neither long enough nor rewarded with a World Cup.

Secondly, that managing life after the high of being on top of the world is hard to manage. Probably another conversation and countless other article’s for other days there. Best not to tug at that thread, for now, let’s stay stuck in time in Italy, in the summer of 1990. Nessun Dorma, Nessun Dorma. – One move from Barcelona to Real Madrid

Serve with 1 Pigs head and a side of some serious sauce.

“He was electrifying. When Jimmy was on the ball the whole crowd came alive, they knew something was going to happen. And 9 times out of 10 if the ball was in the penalty area he’d score.

“That was even worse for Jimmy because he was the number one professional goal scorer in England and when he came into town, the opposition wanted to take him out by any means necessary. People wanted to make their name by stopping Jimmy Greaves.” They hate just how ludicrously good you were in your prime.

They hate your ability to ghost past defenders as if they didn’t exist.

They hate the way you opened your body out to feed the ball effortlessly into the far corner.

They hate that you’ll be remembered as one of the greatest Premier League strikers ever.

They hate his Va Va Voom, they

They hate that you made them absolutely brick it every time you played against them.

They hate that you were invincible, that your played for their arch rival, was their greatest ever player and was undeniably better than anything Spurs had at the time,

But most of all they hate that they don’t hate him, not even close, note even a little bit, not even at all.