Most other domestic leagues across the continent still remain committed to trying to finish the campaign in some way, whether it just be heavily delayed or with all remaining games behind closed doors, or possibly both.

UEFA is thought to be targeting August for things to be wrapped up, with suggestions the governing body is considering plans to hold ‘final four’ mini-tournaments that month in Istanbul and Gdansk to decide the Champions League and Europa League respectively.

The Pro League’s board of directors has decided, however, that it is not desirable to continue the 2019/20 season after 30 June, having been advised that games in fan-filled stadiums cannot take place before, that players could still be at risk and that even behind closed doors there would be unnecessary additional strain on law enforcement and health services.

But rather than void the season and expunge results, the standings as they are now will be the final ones. That means Club Brugge will be crowned champions, with Gent second and therefore claiming Belgium’s other Champions League qualifying berth.

The league has set up a working group to look into sporting complaints or financial implications.

One of the reasons the cancellation and position freeze has been possible in Belgium is that the league includes round-robin playoffs to determine the champions after a ‘regular season’. And with 29 of the 30 regular season games complete, it is effectively just scrapping the playoffs.

Brugge already held a 15-point lead at the top of the standings, which would have equated to a seven-point head start in the ten-game playoffs, leaving little room for complaints. To cancel or not to cancel is the question that is being asked of the major European leagues. Could others follow Belgium’s example, which would have the benefit of minimal disruption on next season and a clean slate for 2020/21? Or is there too much uncertainty to declare it final?

For starters, none of the major European leagues are anything like as close to a justifiable end point like Belgium, just one game away from the end of the regular season. In the Premier League, clubs have nine or 10 games left to play. Liverpool are 25 points clear at the top and few might argue if the season was called at this point, but can even such a large gap be enough when it was still mathematically short? Belgium can argue that once it was decided the playoffs were cancelled, Brugge’s 15-point lead was unassailable with only one game left.

Sides having played different numbers of games causes problems for an immediate halt as well. In the hunt for European places, the likes of Arsenal and Sheffield United are a game short of those around them. Had either played that game and won it, it could make a serious difference to their league placing and, in Sheffield United’s case, even be worth Champions League football.

At the bottom it is even tighter, with three teams in and out of the relegation zone level on points and separated by goal difference. In Belgium’s case, relegation is still to be decided. In La Liga, at least every team has played the same number of games – 27. But, again, with as many as 11 left un-played, the implications of cancelling the season are not favourable, especially when it comes to the two-point title race between Barcelona and Real Madrid.

Third place to sixth – which will determine Champions League qualification – are separated by two points. Serie A has more of the season left to play, with 12 or 13 games remaining for clubs. The title race between Juventus and Lazio has just one point in it. At least the sides in contention for the rest of the Champions League and Europa League places are a little more spaced out, which would make finalising the current standings more justifiable from their perspective.

The relegation battle in Italy is another very tight one though, with Genoa and Lecce level on points, but one in the drop zone and one out.

Cause for complaint: Lazio, Lecce The Bundesliga has, for the most part, nine rounds of games left. On the plus side, those two who have a game in hand wouldn’t be unduly disadvantaged. Eintracht Frankfurt could rise one place in the bottom half, for example, by winning the game they haven’t played, while Werder Bremen wouldn’t be able to escape the automatic relegation zone with only one more.

At the top, Bayern Munich have a four-point lead over Borussia Dortmund. Bayer Leverkusen are two points shy – and therefore potentially within one win – of a Champions League place. 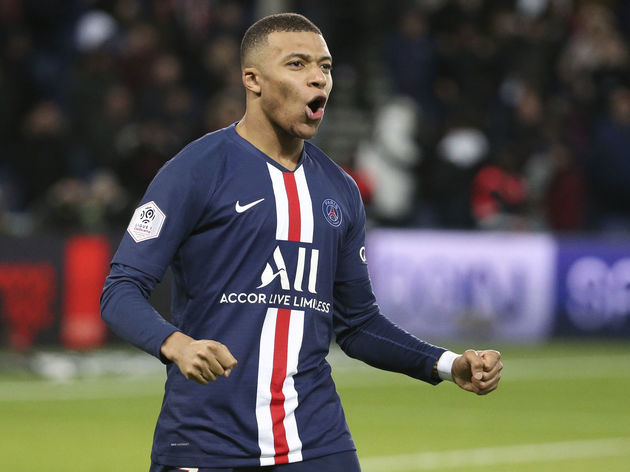 Ligue 1 is a similar story, with 10 games left and Lille one point off a Champions League place. No critical places are currently decided by tie-breaker criteria, with the relegation battle at least a little spaced out and Paris Saint-Germain 12 points clear at the top.

Cause for complaint: Lille