The truth is, I Nerazzurri have signed up more world-class players from across the globe than you could shake a stick at, and picking between the various men responsible for 18 league titles and three European Cup / Champions League triumphs is not for the faint-hearted.

But simply making a Best XI out of these legendary players? For wimps. 90min have instead decided to make an InterAll-Star team where any given nationality can be represented no more than once.

Have a look at our team and see if you agree (or violently disagree). The Italian top-flight’s three-time Goalkeeper of the Year has been a rare model of consistency within the chaotic Inter setup of the 2010s.

The Slovenian may well go down as one of the best players never to win a trophy with the blue half of San Siro, but his ability to stop a spot-kick is legendary in itself – not only does he share the joint most Serie A penalty saves with Gianluca Pagliuca, but he saved a ridiculous six in a row early in his career. Inter have had a lot of great Argentines, from Esteban Cambiasso to Mauro Icardi and now Lautaro Martínez. The Nerazzurri have also had a lot of great defenders, with Fabio Cannavaro, Tarcisio Burgnich and Giuseppe Baresi springing to mind.

But next to this man, they all seem insignificant. Simply put, Javier Zanetti is the greatest to ever don the black and blue, from a defensive point of view at least. With 858 appearances to his name and 143 Argentina caps under his belt. El Tractor’s engine was limitless as he endlessly huffed and puffed up and down the touchline en route to 16 trophies.

With Zanetti and AC Milan’s legendary one-club man Paolo Maldini both long retired, will we ever see careers like theirs again? Though the scrum-capped Romanian was a left-back by trade, Chivu was also an accomplished centre back during the late 2000s.

His six seasons with Inter are comparatively less of a shift than some of the other legends in this XI, but would some of the best modern Inter sides have thrived without the sheer discipline of the man who helped lock up Arjen Robben in the 2010 Champions League final? Though he stood at just 5’8”, the nimble Colombian, who won the Copa América with his country in 2001, perfectly complemented Marco Materazzi and Fabio Cannavaro with his speed and athleticism. The Italian in our Inter XI did his club and country credit, one of Helenio Herrera’s main lieutenants in the Grande Inter side that swept all before them and won back-to-back European Cups.

As Herrera likes to remind the detractors of his pragmatic Catenaccio style, it was the dynamism and goalscoring of Facchetti as a proto-modern left-back which helped sustain his formidable defensive fortress.

Why is Italian football such an efficient factory line for players who have mastered a gazillion different positions?

Stanković, on the left of our midfield three today, is no different, spending time on the wing, as a defensive midfielder, and even a playmaker in a career which stationed him just about everywhere (and of course, saw him win just about everything).

The Serbian midfielder, who captained his nation at their first World Cup in 2010, also scored one of the Champions League’s least-talked about screamers – I’ve seen plenty of halfway line goals, but never on the volley.

I’ll spare you the obligatory ‘no, not that one!’ in selecting the Spanish creator at the base of my midfield, who thrived in a deeper role for Herrera’s Grande Inter when the coach brought him along with him from Barcelona in 1961.

The thought of the former world’s most-expensive footballer pulling the strings while Stanković and my next selection put in the hard yards is enough to get pulses racing. 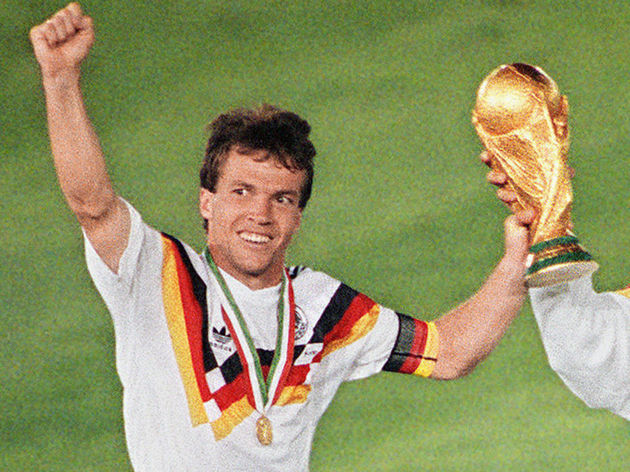 The German spent just four seasons in Milan, but given his indisputable position in the pantheon of footballing GOATs, it would be rude not to include the German.

Diego Maradona’s arch-nemesis during the 80s and 90s was named World Player of the Year while with Inter, winning the double at the first time of asking and racking up a UEFA Cup as a nice bonus the next season. Sneijder may have enjoyed a relatively short time at the pinnacle of football, but when he was good, he was damn good.

The graceful, languid Dutchman was the key which unlocked just about every defence in Europe on Inter’s journey to the 2010 Champions League, and he formed an excellent attacking partnership with our next choice… Football fans of a certain age get a warm, fuzzy feeling remembering this man, who had the late noughties on strings.

Back-to-back ‘UEFA Trebles’ in two different countries surely won’t be repeated even by the time football is played by robots on the moon, with the wily forward showing up relentlessly in huge games as Inter steadily accumulated trophies. 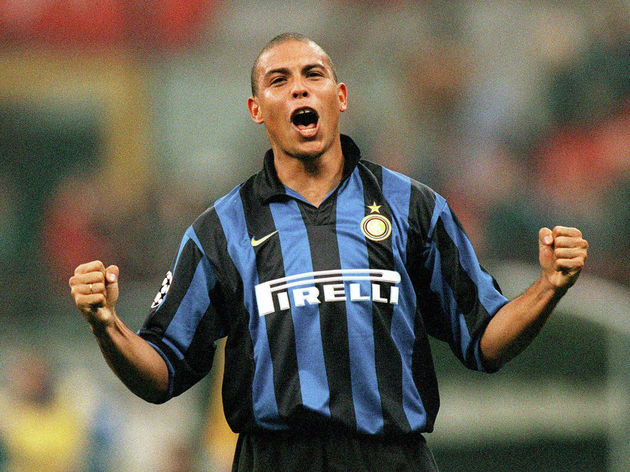 What a player to end with.

Injury made what followed Ronaldo’s electrifying season in Italy a slight disappointment but his goalscoring duels with Gabriel Batistuta in Serie A, and an unforgettable dummied goal to seal the UEFA Cup for Inter in 1998, are typical of a true GOAT who left a mark everywhere he went.