​Inter are eager to rival Liverpool for the signature of RB Leipzig striker Timo Werner as they prepare themselves for Lautaro Martínez’s likely summer departure.

The Argentine is one of Barcelona’s top targets for the upcoming transfer window, and a source has confirmed to 90min that ​heading to Camp Nou is Martínez’s top priority, so Inter officials are well aware that there is a real chance they will lose their young forward. 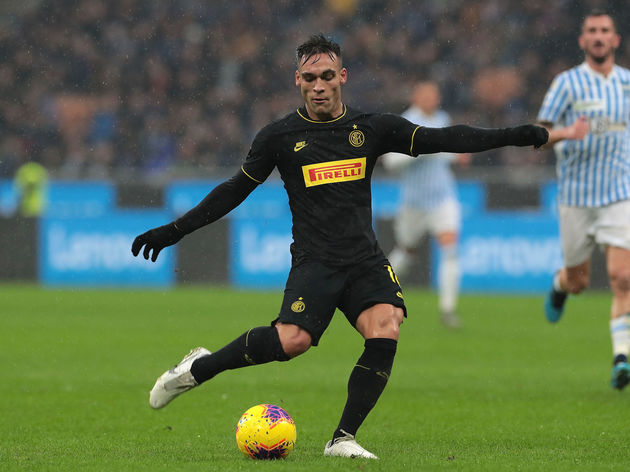 To try and ensure they’re not left without a star striker, ​Inter are looking at several different options, and Sport (via ​Sport Witness) note that one of those is Werner.

This isn’t the first time that Inter have been linked with Werner, with a ​report from​ Italy noting I Nerazzurri’s interest in the German back in February, but both reports mention how unlikely a deal is because of ​Liverpool’s pursuit of the 24-year-old.

Jürgen Klopp’s side are described as ‘very close’ to completing a deal for Werner, and it seems as though Inter are aware of that as they have drawn up a shortlist with a number of different candidates in their sights.

With a deal for Werner looking incredibly difficult, Inter are also said to be looking at ​Arsenal’s Pierre-Emerick Aubameyang and ​Chelsea’s Olivier Giroud, both of whom will likely be available this summer.

Previous links to ​Barcelona’s Antoine Griezmann and ​Manchester United’s Anthony Martial have disappeared in recent weeks, but that should give you an idea of what Inter are going for. They would like a big name, and if they do sell Martínez for his €111m release clause, they will be able to afford one. Werner will be available for far less than that, with his own release clause standing anywhere between €25m and €55m depending on who you talk to, but it seems as though it will be Liverpool who trigger that.

The Leipzig man has been described as ‘​desperate’ to play for Liverpool, and the Reds are similarly as eager to find someone capable of challenging their current front three of Sadio Mané, Roberto Firmino and Mohamed Salah. Everyone’s a winner (apart from Inter).