The above picture is of Lionel Messi training with his Argentina teammates ahead of the 2018 World Cup.

But you’d be completely, utterly and entirely forgiven for thinking that this exact face may have been pulled by the greatest – no, wait 3rd greatest player ever (sourcing 90min‘s 100% correct ​50 greatest footballers of all ti​me list) over the past day or so amid some rather farfetched comments from former Inter president Massimo Moratti.

Now you’re probably wondering what on earth the former Nerazzurri chief has said. So don’t worry, I’ll keep it short, simple and to the point – he basically thinks Messi could be heading to ​Inter this summer and he’s absolutely dead serious about it.

As far as outlandish claims go, you have to give Moratti his due with this. One explanation could be that he’s getting mixed up with the time that he tried to persuade an 18-year-old Messi to go to Inter back in 2006, only for the most magical player of all time to shun I Nerazzurri’s £132m advances.

Or another could be that he’s so caught up in Inter allegedly pursuing every attacking player under the sun that he’s simply seen fit to throw Messi’s name into the mix. Right now, we don’t know what’s he thinking, but here’s what he told Radio Rai (via the ​Mirror) nonetheless.

“I don’t believe ​Messi is a forbidden dream at all. Maybe it never was even before all this misfortune,” Moratti began.

“He is in the final stretch of his contract and, without doubt, it would take a tremendous effort to bring him here. I don’t know if the current situation changes anything for better or for worse. 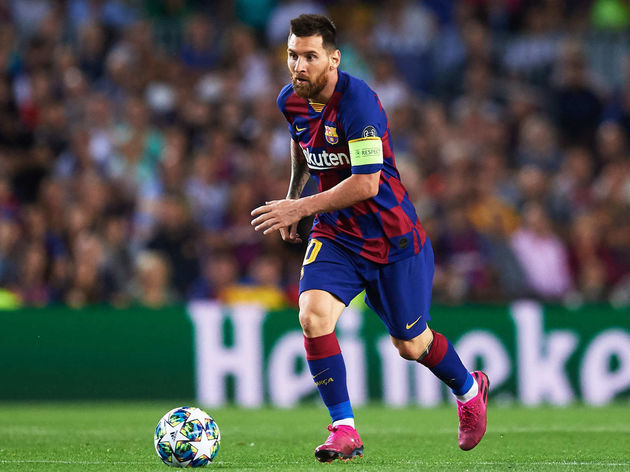 “But I think we will see some strange things at the end of the year. Martinez is a good boy who cares about his career.

“But we will see if he’s part of a deal to bring in more important players like Messi.”

Whatever the case may be, it’s hard to imagine a scenario in which Messi – despite his public and very bitter fallings out with the club’s hierarchy – packs his bags to head to the fashion capital of the world.

​Barça do want Lautaro Martinez, that much is true – and he’s more than likely interested in heading over to the Catalan giants. But the two swapping places in order to facilitate a potential move? Very unlikely.

Instead, the more likely outcome is put forward by ​Marca. They claim that Camp Nou officials are ‘completely unfazed’ by the words of Inter’s former chief, and instead see his words as ‘nothing more than a way of pressuring Barcelona to rethink their pursuit of Lautaro’.

They even go as far as to suggest that Barcelona are confident that Messi will pen fresh terms. And, you know what? They are probably right.